Home World "Match! Celebrities on a Dating Course “: These celebrities are looking for... 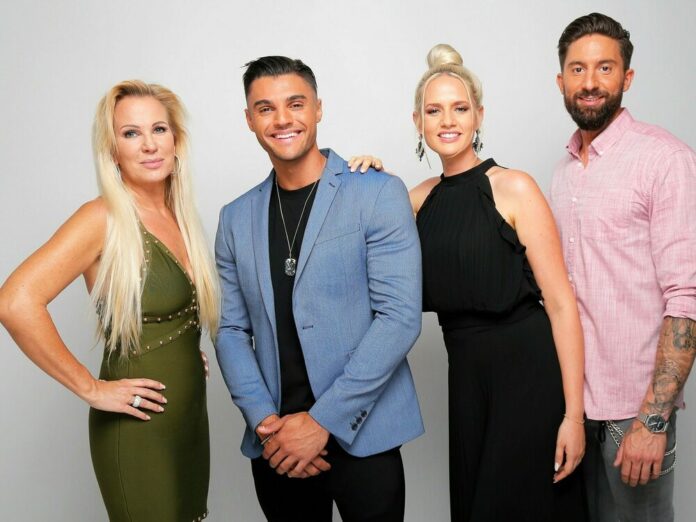 With the help of dating experts

In “Match! Celebrities on Dating Course ”(from May 4th, Monday at 8:15 p.m. at RTLzwei), dating experts Doro and Matthew help four prominent singles find a partner. They provide them with dates with singles without celebrity status and support them with tips and tricks. But who can look forward to glamorous single parties, intimate candlelight dinners and fun action dates?

Claudia Norberg (49) gets tips from the dating experts. She became known for her marriage to pop star Michael Wendler (47), whom she married in 2009 and with whom she has a daughter Adeline (18). The couple separated in 2018, and in 2022 Norberg was a candidate for the RTL jungle camp. After she married Michael Wendler, who is now engaged to Laura Müller (19), and due to the fact that she was single for the first time in almost 30 years, the format fit perfectly into her life “and so I immediately agreed, ”says Norberg in an interview with spot on news. Dating was not easy after such a long time and “above all very unfamiliar” for her, reveals the 49-year-old. She still believes in the concept of marriage, “because mine was very happy and Michael showed me his love with words and gestures every day in a very romantic way.” Meanwhile, apart from the format, love has worked: Norberg made her new love at the beginning of April public.

The second single lady to embark on a dating marathon is Sarah Knappik (33). The blonde became known for her participation in “Germany’s next top model” in 2008. Three years later, she made a splash with her jungle camp participation and voluntary move out after eleven days. The “Celebrity Big Brother” participation followed in 2017. From 2015 to 2017 she was in a relationship with TV moderator Ingo Nommsen (49). The pressure from outside is very high that you have to find a partner at your age, Knappik told RTLzwei . “I have to free myself from that and let fate decide.” It takes several dates for her to take the next step. Speed dating and Tinder have not been an issue for her so far – “this is not my world”.

Marcellino Kremers (27) is also looking forward to professional tips and an assessment of his date behavior. The Mönchengladbacher can already fall back on TV dating experience: He became known through his participation in “Love Island” 2018. The participants of the RTLzwei dome show move into a Spanish villa for almost three weeks and at best get together in pairs. The personal trainer won the second season of the show with Tracy Candela, a law student from Koblenz. The relationship between the two lasted only a few weeks. “I think there is something like the love of life,” explains Kremer in an interview with spot on news. And what should his dream woman look like? “The first thing I do is pay attention to the charisma. I don’t have a certain type of woman. At the end of the day, it’s all about the heart and the character, ”says the single man, who believes in loyalty, loyalty and compassion. For the future, he definitely wants a dream wedding and children – “best two”.

Sebastian Fobe (34) was already on TV looking for the right one. In 2017 the fitness coach participated in “The Bachelorette”, in 2018 he was a candidate for “Bachelor in Paradise”. In both RTL formats, it shouldn’t work with the big love. He is looking forward to many dates and great conversations at “Match!”, Fobe explains in the RTLzwei interview. As far as women are concerned, he has no particular type, he likes to be surprised by the aura of the respective single lady. However, she must have humor and loyalty – and be able to deal with its many facets: “I can be bitchy, impatient and perfectionist.”