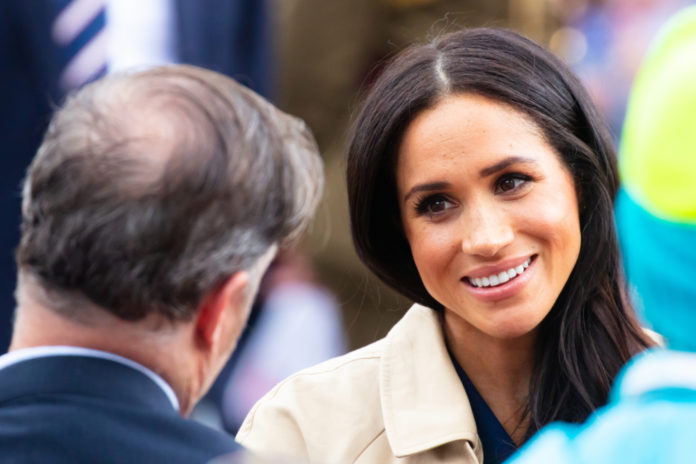 What’s going on there? A process around Meghan Markle started today! It’s about her, her father and the British press!

The lawsuit between Duchess Meghan and the publishers of “Mail on Sunday” and “Mail Online” has started before a court in London over the publication of a letter to her father Thomas Markle. At the preliminary hearing, Associated Newspapers’ lawyers on Friday requested that some of the allegations be declared inadmissible. Prince Harry’s wife accuses the publisher of an infringement of their privacy as well as a copyright and data protection violation.

The “Mail on Sunday” had published excerpts from Megan’s personal letter to her father from August 2018. The 38-year-old former US actress accused the publisher, among other things, of having shortened the letter in a “disfiguring manner”. In addition, her “defenseless” father was “harassed and humiliated” and “manipulated and exploited” by reporters before the publication. The publisher was responsible for the final break in the relationship between her and her father.

In fact, the 75-year-old had given the letter himself to the tabloid. He said he felt pressured after the content of the letter was misrepresented in a magazine article.

Associated Newspapers lawyers requested that part of the allegations be removed. They are irrelevant and have no legal basis, said defender Anthony White. In particular, he rejected the accusation that the content of the letter had been manipulated by cuts.

Harry and Meghan had married in May 2018. In court documents on Monday, content from text messages was disclosed in which the couple urged Meghan’s father before the wedding not to speak to the media. In fact, Thomas Markle made negative headlines before the wedding because he posed for paparazzi photos – supposedly for money. He finally canceled his participation in the wedding for health reasons.

Prince Harry accuses the well-known aggressive British tabloid of persecuting his wife Meghan in a similar way to his mother Diana, who died in an accident in 1997. Earlier in the week, the couple had announced they would avoid contact with British tabloids, which they accused of telling “distorted, false, and intrusive” stories.