Home Entertainment Mel B: “I was chased home by children!” 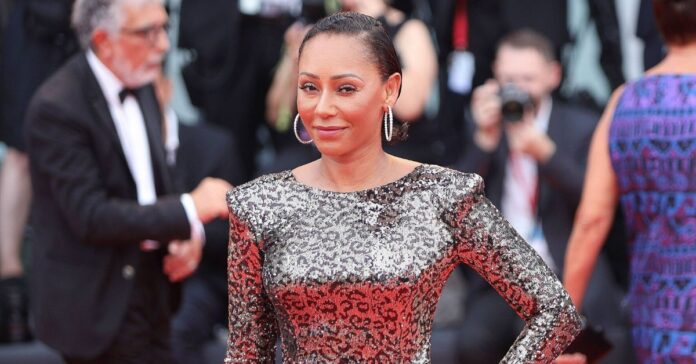 Everyday racism is not a new problem. Mel B (45) also knows this. The ex-spice girl had to experience discrimination and violence from an early age.

The singer was born in England and has a British mother and a father who comes from the Caribbean state of St. Kitts and Nevis. Due to her dark skin color, she was the victim of discriminatory statements at an early age.

Just reminding myself of what happened this year 2019 thanks to @daveycroquet for capturing these special moments,I’m truly amazed that my dreams actually came true (I’ve been saying it for 5 years haha that it was gonna happen and it bloody did big time)to my 3 sisters who I would do anything for @therealgerihalliwell @melaniecmusic and @emmaleebunton I can’t thank you enough for making this happen,together we can do anything ladies yippeee,but most importantly we made each other and all the spice fans feel loyalty a whole lotta love and respect #womensupportingwomen #girlpower #thankful

The N-word was the order of the day

“I knew from a very young age that I didn’t see many people with my skin color,” the musician told Daily Star Online.

“But only when I went to school did I understand the effect my skin color had on the other children. Suddenly all these names were called to me, which I didn’t understand like ‘Indians’ and of course the N-word. ”

It should not remain with mere verbal hostility. “I was chased home by children who threw those names at my head, so I learned to run quickly.

We’re on the train to somewhere yippeee

When I was older, I always won the races on school on school day because I learned to run fast at such an early age, ”says Mel.

Even during her career with the Spice Girls, she was repeatedly discriminated against because of her appearance.

“When we made the video for ‘Wannabe’ we had a big styling team and one of the first things they said to me was’ Okay, we need to straighten your hair,” she says.

However, the 45-year-old did not go along with this. “I strictly refused because my hair is my identity and clear, it was different from the other girls.”

And further: “But that’s exactly what the Spice Girls were about: celebrating our differences,” Mel told “Daily Star Online”. (Bang)