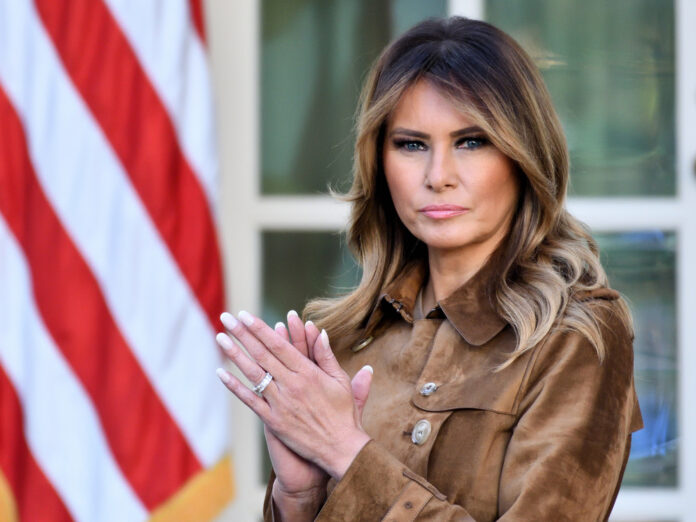 In early 2017, many observers wondered why Melania Trump (50) took so much time to move to the White House and stayed in New York instead. It took a full six months before she followed Donald Trump (74) after his election. Now Mary Jordan (59), reporter for the Washington Post, has published a biography of the First Lady, who suggests Melania Trump used the time to renegotiate her marriage contract. Her spokeswoman, Stephanie Grisham (43), rejected the presentation in a statement as “invented”.

Melania Trump officially justified her late move to Washington by saying that her son Barron (14) was still in school and did not want to interrupt it. The American news at the time was concerned with the additional costs for taxpayers that the protection of the First Lady caused outside of Washington, and the Trump couple were also said to be undercooled.

The author of the book “The Art of Her Deal: The Untold Story of Melania Trump” said she interviewed over 100 people around the world, from school friends of the First Lady in Slovenia to New Jersey Governor Chris Christie (57). She traces the life of Melania Trump on almost 300 pages and comes to the conclusion that she is “more like her husband”, as the “Washington Post” quotes in a preliminary report from the book.

Melania Trump used her extended stay in New York in early 2017 to renegotiate her original marriage contract. This was not particularly generous financially, above all, it was about improving the status of her son Barron: He should be on a par with Donald Trump’s children Donald Jr. (43), Ivanka (38) and Eric (36). In her book, citing insiders, Jordan claims that Melania Trump successfully concluded the negotiations in mid-2018.

Meanwhile, Melania Trump spokeswoman Stephanie Grisham refers Jordan’s account to the realm of falsehoods. A statement says: “Another book about Ms. Trump with misinformation. This book belongs to the genre of fiction. ”