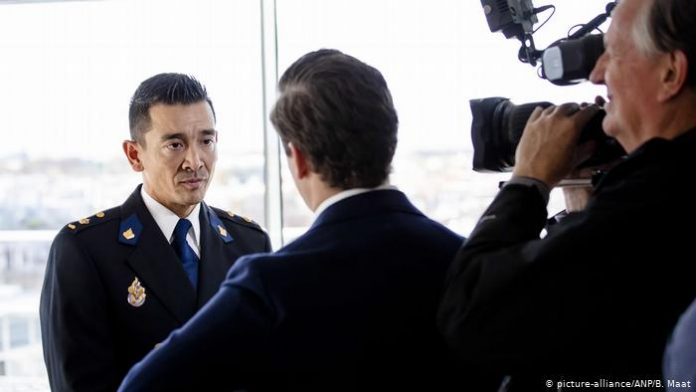 Telephone cuttings are to prove a close connection of the Kremlin to Ukrainian separatists – and thus to the downing of the passenger aircraft MH17 five years ago. Moscow rejected the allegations of the investigators immediately.

In the case of the downed Malaysian passenger MH17, investigators in the Netherlands have made new serious allegations against Russia. The links between the separatist leadership and Russia are closer than previously known, said investigator Andy Kraag of the international investigation team JIT in a video message.

The JIT published telephone footage featuring Vladislav Surkov, a close adviser to Kremlin leader Vladimir Putin. According to Kraag, the contacts went well beyond military aid. The recordings now published are meant to prove that the separatists had direct contact with Russian government officials. That would be a sensation because Russia vehemently denies militarily supporting or controlling the separatists.

Thus, the self-styled former head of government of the rebels in the unrecognized People’s Republic of Donetsk, Alexander Boroday, and his so-called then-Defense Minister Igor Girkin (called Strelkow) have had contact with Surkov. All suspects are in Russia.

The Russian Foreign Ministry immediately rejected the allegations. Everything else means adapting the material to the verdict, “said spokeswoman Maria Sacharova of the Interfax agency. The material submitted should merely prove “the tactic of the indictment”. The information provided by the international investigation team would now have to be verified by experts.

The JIT investigator Kraag called witnesses with a view to the recordings, to report to the investigators. The investigators want to find out from whom exactly the rebels were controlled and commanded. The accusation that this is happening from the power center in Moscow has long been unproven in the room.