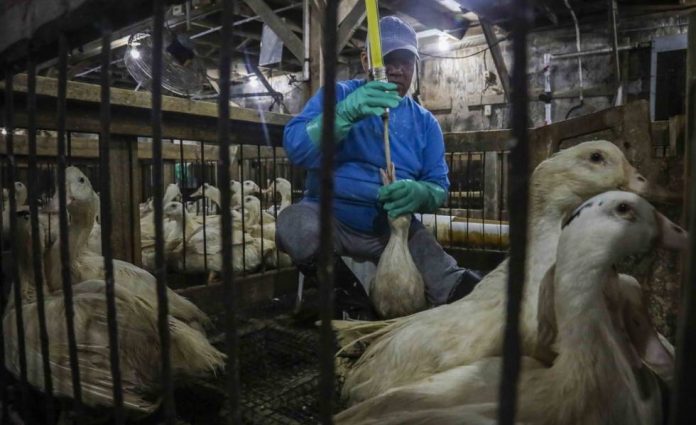 justice of the U.S. ratifies the prohibition of ‘foie gras’ in California, the united States prohibits the ‘foie gras’ French after the european system for the attachment to their birds of Chicago prohibits ‘foie gras’

The movement against the mistreatment of animals is pointing to a new victory. The city of New York approved this Wednesday with an overwhelming vote (42 in favor and 6 against) a law to ban the sale of foie gras, one of the largest markets for this product in the united STATES. The shops and restaurants that offer the delicacy, shall be punished with a $ 2,000 (€1,800) fine. The measure will enter into force in 2023.

The greatest american metropolis, one of the great meccas of culinary in the world, is in addition to California. The majority of the members of the city council in New York had already signed the proposal sponsored by democratic Carlina Rivera, so that its adoption was a mere formality. The city of Chicago was a pioneer with the adoption of a similar initiative in 2006, but the municipal order was revoked two years.

it Is estimated that about a thousand of restaurants offer foie gras on their menus in New York. But the legislation will particularly affect those producers who operate outside of the city. The farmers claim that the birds do not suffer from abusive treatment during the process of fattening and warn that the veto will exacerbate their financial problems. Without New York or California they will be hard to stay afloat.

The Supreme Court upheld last January the ban that was imposed in California against a product that is regarded in France as heritage, gastronomic and cultural. The foie gras is made from liver enlarged duck and goose, which occurs by priming forcibly to the animal. The legislation in that State went into effect in 2012, was suspended for three years and was again introduced in 2017.

The supermarket chain of organic products in Whole Foods, which is now owned by Amazon, stopped selling foie gras two decades ago. The ban imposed now in New York, a city known for its excesses and luxury, reflects as a culinary tradition as deep-rooted succumbs to a municipal council increasingly dominated by progressive politicians.

The original proposal of Rivera contemplated also the possibility of violating the municipal order could face up to a year in prison. The reprimand penalty was removed but in exchange increased the maximum penalty from $ 1,000 to $ 2,000. “It is one of the most violent against an animal and is done simply because it is a luxury product” justifies the policy. Mayor Bill de Blasio remained on the sidelines, although it supports the initiative.

The organizations that defend the rights of animals, as Voters for Animal Rights, believe that it is the most important legislation adopted to date in New York in this area. Argentina, Austria, Denmark, Czech Republic, Finland, Israel, Turkey, Germany, Ireland, Italy, Luxembourg, Norway, Poland, Sweden, Switzerland, the Netherlands or the United Kingdom have already banned the production, according to Animal Equality. India has also banned the import.