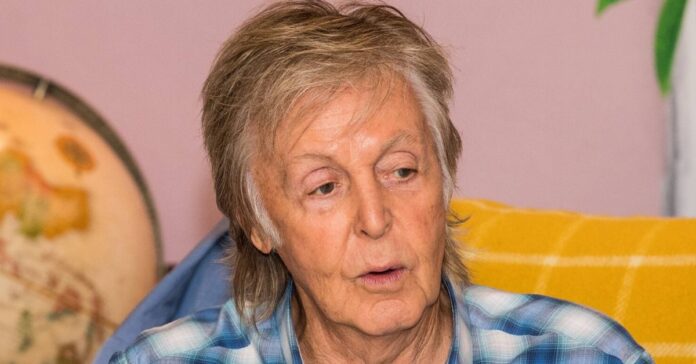 Paul McCartney doesn’t seem to have lost his passion for songwriting even at the age of 77. To the delight of his numerous fans, the Beatles singer will probably produce songs until the end of his life and express what he feels. For example, love for John Lennon.

“I still feel the same enthusiasm about songwriting. There is a black hole in which there is nothing. And you start singing da-da-di-dum-di, and suddenly there’s a song, ”said the 77-year-old.

It was such a thrill to work with Peggy Lee who had been one of my idols since a kid. Her version of 'Til There Was You' was what inspired me to do it with The Beatles (of course, I didn’t realise it was from the musical 'Music Man') so meeting and working with her was a real pleasure. She was a classy lady whose music thrilled lots of people all over the world. Happy Birthday, Peg! – Paul McCartney #PeggyLee100

But for the artist, music means more than just fun and the opportunity to develop creatively. So there is a far more intimate level behind songwriting. “Sometimes it’s like talking to a psychiatrist because I bring all my worries to light. You feel satisfied, ”Paul also reported.

In addition, the musical process offers him the opportunity to share his inner emotional world. “I usually don’t want people to know my innermost thoughts. A song offers the right place for it, ”explained the Briton on the BBC show“ Mastertapes Guide to Writing the Perfect Song ”.

"There are so many great memories at Abbey Road. It’s very hard to choose one, but just to pick out of the bunch, I think it was recording the orchestra on ‘A Day In The Life’" ? From Abbey Road to his own home studio, Paul shares his favourite recording studio stories in this month's website Q&A. Link in bio ? Photo by @marymccartney

His love for John Lennon

He cited the track “Here Today” as an example. “In it I say to John Lennon: ‘I love you.’ I could not have said that to his face unless we were extremely drunk, ”says the“ Hey Jude ”interpreter. Lennon was shot in New York in 1980.

“But you can express these emotions and deeper and sometimes embarrassing truths in a song.” That’s exactly what he loves so much about music. (Bang)