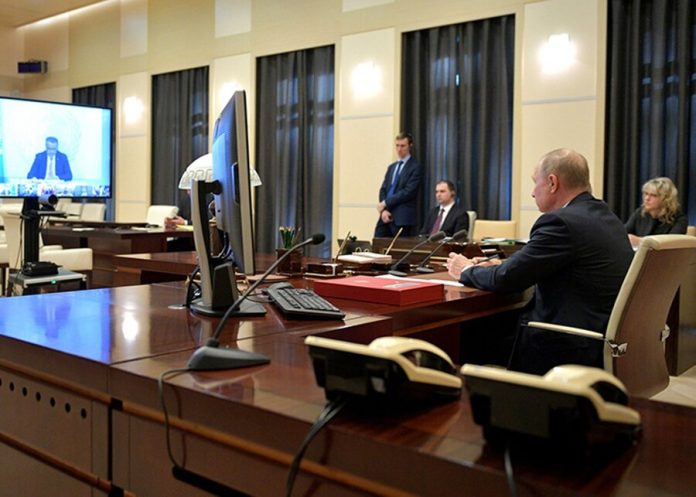 Russian President Vladimir Putin has described the consequences of the coronavirus pandemic more devastating than the financial crisis of 2008-2009. The head of state said at the G20 summit, TASS reports.

“it Seems that the current problems associated with the pandemic of the novel coronavirus, will result in larger shocks than the financial crisis of 2008-2009, but trade disputes and sanctions deepen the recession”, – said Putin.

During his speech, the Russian leader also pointed to the need for joint action to restore economies affected by the crisis. In this direction, Putin highlighted the role of national budgets.

the G20 Summit for the first time in history is in video format. In addition, the conference is completely closed to the press. As stated by the press Secretary of the President Dmitry Peskov, the countries will discuss international efforts to combat coronavirus.

In Russia, the number of infected is 840 people. In some regions, including in Moscow, was temporarily closed educational institution. March 28 students will be sent on vacation. The city also banned the mass event.

According to the who on March 26, in the world are already infected over 414 thousand people, more than 18 thousand died.