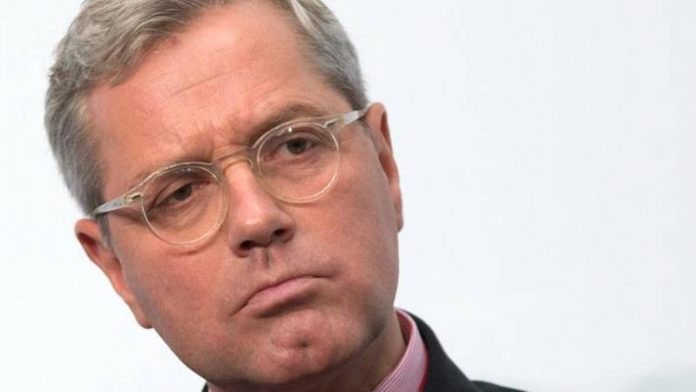 Despite the clear refusal of foreign Minister Heiko Maas (SPD) to a U.S.-led military mission, the debate on the deployment of the Bundeswehr in the Strait of Hormuz continues.

The CDU foreign policy expert Norbert Röttgen, advertises for an independent European use of German and French participation in the protection of merchant ships in the strategically important Strait – parallel to the American Operation “Sentinel” (guard).

“The reasons for having a European Mission on the Gulf remain in place, even if great Britain should decide for a Mission with the United States,” said the Chairman of the foreign Affairs Committee of the Bundestag, the German press Agency. “It’s about European interests and not UK-specific. A European Mission should be by a group of European States formed to include France and Germany.”

Maas had teed off on Wednesday on behalf of the Federal government in the administration of U.S. President Donald Trump’s support in securing the ship traffic through the Strait. Whether the government will seek to build a European Mission, he said.

The Green foreign policy expert Omid Nouripour told the German press Agency: “An EU Mission can only contribute to de-escalation, if you prevented a direct confrontation between the United States and Iran.”

The United States is trying since weeks to get broad support for its military mission for protecting trade ships against Iranian attacks in the Persian Gulf. The UK is discussing with the United States, as a common approach could look like. Under the new Prime Minister, Boris Johnson, the British in the matter of Hormuz have beaten the Mission on the side of the United States, after the now detached former foreign Minister, Jeremy Hunt, had initially advocated a European Mission.

Maas founded the German rejection that the German government considers the U.S. strategy of “maximum pressure” on Iran is wrong. Germany did not want a military escalation, and continued to diplomacy. The question of whether he was in favour of a parallel European Mission, did not reply to Maas.

The Deputy government spokesperson Ulrike Demmer had stressed on Wednesday, a maritime protection mission of European States think the Federal government is, in principle, “still worth considering”. Several Union politicians argued for.

Reuters topics in this article, Heiko Maas military mission Golf Germany USA Röttgen SPD Federal government, Bundeswehr, UK, Deutsche Presse-Agentur Brussels, Berlin, Strait of Hormuz, the CDU Iran Bundestag New policy of Violent attacks TV debate of the US Democrats: The favorite is Joe had Biden quite different DPA introduced to display a star journey of the worlds Sicily in the spring with flight and half Board from € 899,- #Lost trump history Donald Trump wants to distinguish themselves with “9/11″statements – but Twitter will respond with photo montages and mocking of the US Mission in the Gulf, foreign Minister Maas United States rejected the DPA Nazi pictures sent To Whatsapp messages: Daimler-Chef takes a stand against right-wing agitation DPA länder risk-of-Poverty: as different As the odds of Bavaria to Bremen state Parliament election of Thuringia election: Left in the survey for the first time, the strongest power – before the AfD and CDU protests in Hong Kong With this simple Trick to defuse protesters tear gas grenades government loyal channel Donald Trump fears, allegedly, that “Fox News” is no longer behind him, From Niels Kruse ARD report, “Squandering of national assets”: the accusations against Seehofer and Söder due to land asylum-seekers purchase A year anchor centers: CSU celebrates success, opponents are calling for the abolition DPA 40 new Levels of Mahjong – free to play! Burkhard Jung play “To the gallows with you” – Leipzig, WHETHER published threats to pig meat debate between the balance sheet 2019 is a Federal Prosecutor, identified five times more likely to be against Islamists as against extreme Right-wing, DPA, Asap Rocky American Rapper in Sweden, incarcerated: U.S. sent experts for hostage-taking, DPA, coercion, and Usurpation court sentenced AfD-the city Council on the motorway as a police officer speech in Jamestown listener output interrupts Trump: “Mr. President, you can not send back” Strait of Hormuz USA ask for military aid – why Germany (again) reject dpa’s speech in Jamestown member of Parliament is to protest Trump’s speech and from the hall of the AFP brought the analysis to Racist attacks Donald Trump in the campaign mode, strips off the last restraints of decency from Niels Kruse +++ Trump-Ticker +++ Pastor Al Sharpton, Donald Trump: “I am the least racist Person in the whole world,” AFP ceremony in the White house, Trump welcomes first responders to the 11 September 2001, and commends itself By Marc Drewello