Home Breaking Shamil Basayev: how the FSB has eliminated the most dangerous terrorist in... 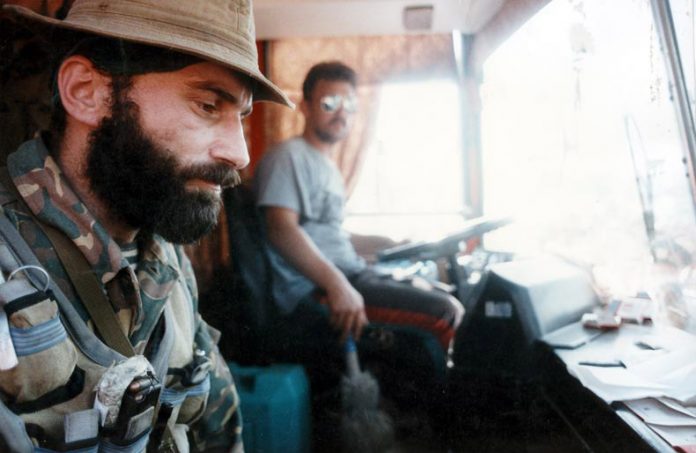 Crime 25/03/20 Wikipedianl Basayev: how the FSB has eliminated the most dangerous terrorist in Russia

Armed groups, which commanded one of the most dangerous international terrorist Shamil Basayev in the mid-90s were the main part of the army of so-called Ichkeria. By carrying out terrorist attacks, hostage-taking and other acts of sabotage terrorist tried to force the Russian authorities to start negotiations with the leadership of the breakaway Republic.

On account of Basayev’s dozens of terrorist attacks: hostage taking in Budennovsk, in the theatrical center in Moscow on Dubrovka, the explosion of a truck in the center of Grozny in 2002, etc.

Basayev was charged under several articles of the criminal code (terrorism, banditry, etc.). In addition to the response by the Russian authorities Basayev listed as a terrorist # 1 in a number of international organizations. After Budennovsk there have been several attempts to eliminate the terrorist, but every time he escaped justice.

Preparation of the operation

Shamil Basayev was listed in the Federal and international wanted list. He for a long time managed to escape from death. Reports of the death of the terrorist has appeared regularly in the press. First wrote about this in 1995 after the storming of Grozny. Then in 2000, 2002 and 2005.

By this point Basaev had managed to cause hatred not only among non-Muslim populations in several former Soviet Republics, but also become a personal enemy of many Chechens. Among them is Ramzan Kadyrov, vowed to take revenge Basayev for the murder of his father, mufti and President of Chechnya Akhmad Kadyrov.

Since the beginning of 2006 in the mountains of Chechnya conducted an intensive search Basayev. Despite the fact that it was engaged 3 000 good knowledge of the region’s people, the terrorists for a long time managed to successfully escape. Maybe he supported certain individuals or terrorist organizations from abroad. On 8 June, the Russian security services got the infodeformations that Basayev is hiding near the city of Tyrnyauz. From this moment the operation was launched to eradicate it.

the Elimination of Basayev

Shamil Basayev died in the explosion of the KAMAZ at 2:00 on 10 July of the same year. The truck, loaded to the brim with explosives (about 100 kg of TNT) exploded with tremendous force. From the shock wave in the house nearby collapsed wall. According to intelligence agencies, in a car that accompanied the KAMAZ, and was Basayev with several henchmen. All this happened near the mountain village of Ekazhevo (Ingushetia).

There are 2 versions of events. One of them, KAMAZ exploded as a result of successfully conducted by the Russian intelligence operation to eliminate the terrorist №1. As stated in the official appeal, General Nikolai Patrushev, who at that time was the post of FSB Director.

task force after the operation, examined in detail the scene of the explosion and fired some test shots in the bodies of the Chechens. To identify them was difficult due to the force of the explosion, but the Russian military had accurate data that the car was exactly Basayev with a dozen militants.

According to another version, the explosion of the KAMAZ was an accident. A car loaded with ammunition, distilled on a mountain road for a terrorist attack. Basayev had planned to blow up the building of the Ingush interior Ministry. The road is bumpy in the mountains, so the explosives detonated spontaneously. According to the followers of Basayev, no merit of the Russian special services in this.

On it’s FSB claims that the operation was the cause of the explosion of a truck near Ekazhevo. On the eve of the Motel terrorists had slipped into the food pill. The operation involved about 2 dozen people, including two women dressed as waitresses. While the Chechens were sleeping, the Russian military stole the KAMAZ trucks with ammunition and carefully “handled”. All the weapons described, and the truck bomb.

to Identify the body Basayev after such a powerful explosion were able only six months. Was carried out a genetic examination. Confirmed his death themselves ChechensChia separatists. They announced that Basayev and the dead with him, “brothers in arms” became shahids, that is martyrs in the name of religion and Allah.