Home World That is really behind the corona conspiracy theories 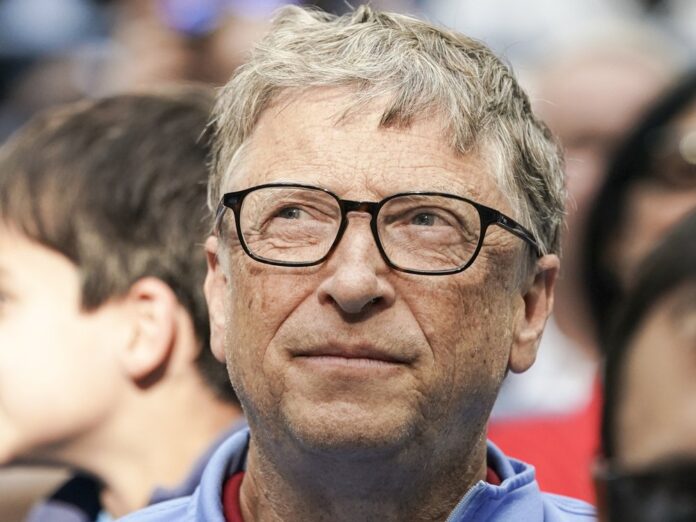 Conspiracy theories are booming in the Corona crisis. Michael Butter, professor of American literary and cultural history at the University of Tübingen and expert on conspiracy theories, knows why the current situation is such a good breeding ground for this. In an interview with the news agency spot on news, the author of “Nothing is what it seems” (Suhrkamp) explains why Bill Gates (64) is the enemy of many conspiracy theorists and how to react when friends support conspiracy theories.

Michael Butter: That was relatively easy to predict and was not really surprising. We have seen this of importance in every event in recent years: they were immediately integrated into existing conspiracy narratives. And that also happened with Corona. Very few corona conspiracy theories are completely new, basically it is mainly grown on conspiracy theories that have been around for a long time. In this respect, it was quite foreseeable from mid-February, and from the beginning of March, when it started in Europe, it really took off.

Butter: The corona crisis is a particularly good breeding ground because conspiracy theories are a response to uncertainty. And what could be more uncertain for all of us than the current situation. At the same time, we have basically seen this in all of the events of the past few years, be it the economic crisis, wars, presidential elections, Brexit or attacks like Charlie Hebdo, Halle or Christchurch. There are dozens of conspiracy theories that take this up and integrate it into their narrative patterns.

Butter: Colloquially, the term is not always used precisely. Scientifically, conspiracy theories are characterized by three components. First, they assume that nothing happens by accident, everything has been planned. There is a group that holds the strings in hand and according to which the events unfold. Second, this group operates in secret, which means that nothing is what it seems. You have to look behind the scenes, look under the surface, to see what’s really going on. And thirdly, when you do that, you realize that everything is connected, that there are connections between figures, institutions and events that you would not have thought possible, but that, once you have realized that there is a conspiracy is going on, are absolutely conclusive.

Butter: It is interesting that the phase from the beginning of March, in which a large number of conspiracy theories stood side by side all over Europe and the USA, has now given way to a phase in which country-specific preferences have also developed. They very often have to do with how the crisis is going in the individual countries. In Germany, for example, it is not surprising that the version that has emerged as the dominant, which says that the virus does not exist at all or is completely harmless – because everything went off relatively lightly with us.

In France or Italy, it appears that the most popular version is that it says that the virus is a bio-weapon that has been released. According to a survey conducted in mid-March, almost 30 percent of the population in France believes this. And the United States is very interesting, a country that is extremely affected – there you can see the division of society. 40 percent of Republican supporters think the crisis is completely exaggerated and that hysteria and panic are being deliberately fueled to harm President Trump.

Butter: There are a number of factors that play a role. The first is that conspiracy theories usually need a face to shoot at. And Bill Gates is a good choice. One reason is that he seems to be the one who benefits from this crisis. Conspiracy theorists always ask who is supposed to benefit in order to identify the alleged culprits. In the confused world of conspiracy theorists, where everything is planned, you cannot imagine that someone benefits from something for which he is not responsible. And Bill Gates is then just assumed that he wants to enforce a global vaccination requirement with his foundation and has therefore brought the virus into circulation. Another version says that he just wants to enrich himself with the vaccinations that he will sell and therefore staged the whole thing. Or, the third version that he wants to reduce the world population. So all directions come together here: The people who say that the virus is completely harmless and those who think it is extremely dangerous and consider it a bio-weapon can agree on Bill Gates as an enemy.

The second factor why he was shot at is that, with his foundation at the end of last year, he simulated a global pandemic that was starting in China and that is why, in the eyes of conspiracy theorists, he has what she has Call prior knowledge. This is very important for their reasoning. You always see who was supposed to know beforehand and that must be the people who were involved in the plans and are therefore responsible for them.

And the third factor is that Bill Gates was previously the target of conspiracy theories. Vaccination critics targeted him and his foundation because he supports WHO – many of whom are suspicious – and because he funds vaccination programs around the world. In this respect, he was one of the usual suspects and has now become the main suspect among even more people.

Butter: As far as psychological predispositions are concerned, this can be identified quite well, at least in the present, in the western world. There are two types of people who are particularly susceptible to conspiracy theories. On the one hand, people who experience a feeling of powerlessness and feel that they have no influence on things. And on the other hand, people who can hardly deal with uncertainty and ambivalence. Conspiracy theories create security because they identify who is supposedly behind it, what is supposed to be going on and where it is supposed to lead. This is obviously easier for many people than accepting that you don’t know what’s going on or accepting that no one is behind it.

It’s more difficult when it comes to demographic factors. One has to say very clearly: conspiracy theories occur in both old and young, poor and rich, men and women, left and right and moderate in the middle. But there are certain trends emerging: men are obviously more susceptible to conspiracy theories than women. This is because conspiracy theories are always distorted responses to major societal changes, and so provide an answer to the crisis of traditional masculinity in the western world in recent decades. The role of provider and protector is endangered, which can be explained by a conspiracy. In addition, there may also be the fact that men, even more than women, have the need to be special and to want to stand out from the crowd. Conspiracy theories are still considered stigmatized knowledge, it is not normal to believe in it. It is certainly the case that one can assure oneself of one’s own peculiarity about the belief in conspiracy theories, especially if one spreads them aggressively. One is one of those who have understood how the world works when the others are all blind through life.

The level of education also seems to have some influence. Studies show that the more educated people tend to believe in conspiracy theories. Which probably has to do with the fact that the longer you have been in school or university, the more chances that you have come into contact with explanatory models that can explain social processes without falling back on conspiracy theory assumptions.

Butter: It depends on how much this person is already involved. We know that adding convincing conspiracists to facts is useless. Studies show that when confronted with conclusive evidence, these people believe even more in their conspiracy theories because their identity, for which these conspiracy theories are so important, is massively questioned. You would have to approach it openly, ask detailed questions, hoping to trigger a self-reflection process at some point. You might ask, “Why do you think that? Why do you find this source more convincing than that? How does what you just said fit what you said 20 minutes ago? ”Whether that is successful remains to be seen. It is definitely a long, painful process that you may not always want to go through.

For people who have come into contact with it, but are not yet completely convinced of these theories, there is definitely something to point out the facts. And to explain that you think that is a conspiracy theory. One can point out problematic basic assumptions and explain that it contradicts what recognized experts say. Then you still have a chance.

Butter: According to estimates, 25 to 33 percent of Germans believe in conspiracy theories. These demonstrations are a populist movement, but cannot be compared to Pegida, for example. The corona protests are more feminine, more colorful and more left-wing, even if right-wing people are trying to take them. But I don’t think that will succeed.

What worries me more: 20 percent of the population disagree with the government’s measures, of which the overwhelming majority are currently not taking to the streets. When the economic crisis comes, I’m afraid that some of them can be collected by the AfD. It is guaranteed to argue that the government handled the crisis badly. And the AfD has always been good at uniting conspiracy theorists and non-conspiracy theorists in the practice of protest by always providing conspiracy-theoretical and non-conspiracy-theoretical components to issues that it focuses on. I think that will also happen at Corona again.