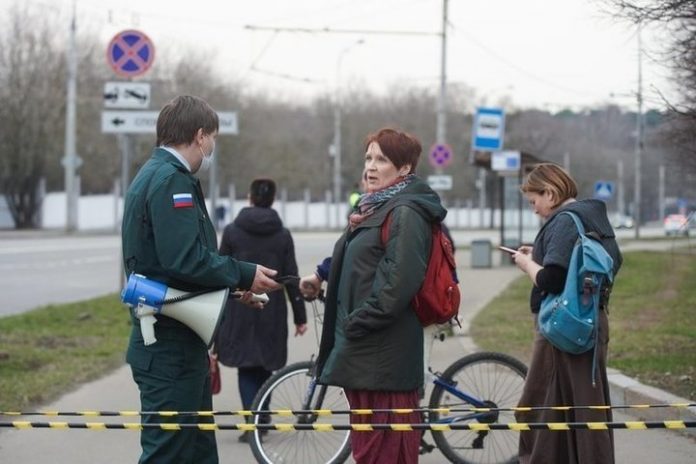 Previously, the city authorities imposed a regime of isolation for all without an exception of inhabitants of the capital. To leave the apartment is allowed only in cases of seeking medical care, travel to work (if such a duty were), shopping in the nearest store or the pharmacy, walking Pets at a distance of not more than 100 meters from the house.

Sobyanin announced that home quarantine for all Muscovites.

So, the decree Sobyanin clarifies that the restrictions do not apply to citizens who have a special pass, issued in the procedure established by the government of Moscow.

In turn, RBC with reference to the Chairman “Business Russia” Alexey Repik reports that Muscovites will generate QR codes with encrypted home address to get around the city. If Muscovite is forced to come to work, then special permits will also be recorded address of the place of work.

mos.ru the following is reported: 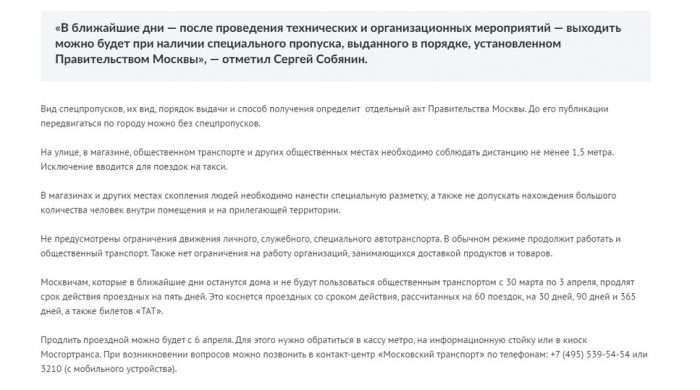