Home Life Style This is what makes a man attractive, According to Indian model Karan... 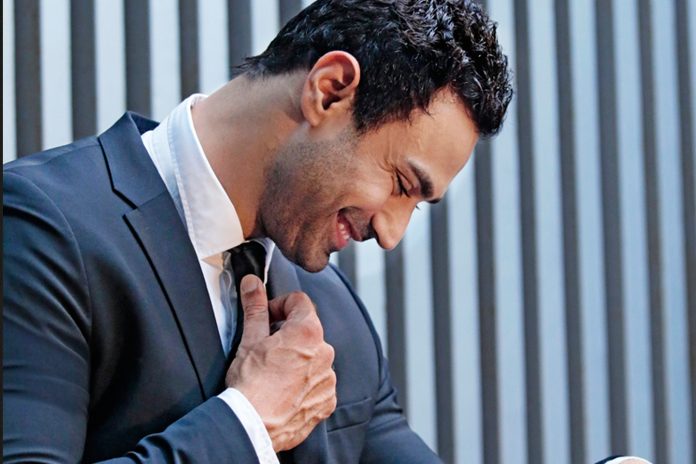 Karan Oberoi, also referred with his initials KO is the most recognisable male model in the Indian modelling business, hailed for his muscular physique in an industry dominated by extremely thin men, he’s held lucrative deals with Royal Enfield bikes, Isuzu, Reebok India  and fronted many magazine covers since he entered the business 10 years ago, but his longest and most notable alliance to date is shooting two consecutive campaigns for Royal Enfield bike and ridding apparels. Ever since he got his first modelling brake while working for leading advertising  firm back in 2011, he’s been the star of numerous fashion shows, campaigns, and brand ambassador and face of leading fashion and fitness brands. We spoke to fitness and fashion  model Karan Oberoi ‘KO’ who is known for his impeccable style and killer looks, about what he thinks makes a man attractive:
According to KO any man in this world can look attractive, these 5 pointers should  be kept in mind by any man to turn heads while you go anywhere and become girls favorite :
1. Ambitious to achieve your goals
Being ambitious is the most attractive thing you can find in a man. We are automatically attracted to the positive souls, the energy in them drives us to them..”I still remember My first girl friend was ironically not attracted because of my looks or body but my ambitious thinking” says model Karan Oberoi
When a woman looks at a man, she assesses him as a prospective life-partner. A devoted person with strong priorities and goals will win over every time as compared to the guys who lack a direction in life.
2. Power Dressing
Note, that it’s not so much the price of your clothes that matters but the style and quality. A person should be able to carry it off in all social situations. An attractive man should dress in fitted garments that will complement his body type. The outfit must be stylish and fit both the occasion and your social status. “If you are dressed well, seventy percent of the game you have already won” says model. Also, don’t forget the accessories, as combining luxury timepieces with plain but high-quality clothes can help you create the veneer of style you need to make a great first impression to charm a girl.
3. Pick the right amount of facial Hair (Beard).
While there is no arguing the fact that facial hair is a matter of personal preference, social surveys clearly indicate that the majority of women see stubble as a rather sexy detail. It’s a symbol associated with masculinity from the dawn of time, and it can give you the hint of brutish appearance that is so popular today. KO prefers to look clean with little stubble and wet gel hair that gives an extra edge to the man who can charm any women in this world. However, the trick is not to overdo it as a full beard is often associated with aggressiveness, and fewer women find it attractive. The so-called ‘five o’clock shadow’, on the other hand, is usually considered very sexy.
4. Be a Gentleman
It’s true that a man has to be strong and capable of protecting and providing for his family. However, strength doesn’t equal rudeness. Women today appreciate chivalry and class even more than they did during the Victorian times. Perhaps it’s because so few real gentlemen are left in this world.
Simple gestures, like opening the doors and helping her to put on the coat will boost your attractiveness level and help build up your reputation as a ‘good man’ which is lacking in majority of men these days says model Karan Oberoi (KO). Combine this with being gentle and caring with your chosen girl, especially during and after sex, and you’ll definitely be a keeper.
5. Be a Man who can express himself
The ‘strong, dark, and silent’ type works for heroines of teenage love stories who believe their ‘prince’ has to be otherworldly. Real women know that fantasies are nice, but building relationships with this kind of guy is just too complicated. They should be able to feel emotionally connected.
To amp your attractiveness, you need to show that you are able of understanding the girl’s needs and wants and communicating your own. Forget about the outdated ‘men don’t do feelings’ shtick and be real. Show your girl that you care about her and don’t keep quiet about the things you want for yourself. Sometimes you just have to talk it out and your relationship will soar to new heights after this.