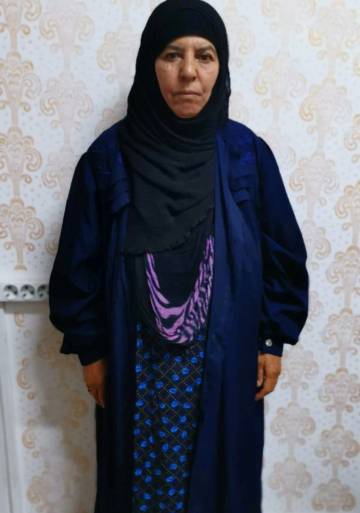 Turkey announced Tuesday the capture of the sister of the late leader of the terrorist group Islamic State (ISIS, its acronym in English), Abubaker al-Baghdadi, near the town of Azaz, a town in the north of Syria under the control of Ankara. “The arrest of the sister of Al-Baghdadi is another example of the success of our counter-terrorism operations”, announced on Twitter Fahrettin Altun, the director of communication of the Presidency of the Turkish.

Rasmiya Awad, 65, was arrested in the operation along with her husband, her sister-in-law and five children near Azaz, north of Aleppo and about 15 kilometers from the Turkish border.

“The struggle of Turkey against terrorism, regardless of their ideology or origin, it continues with all the force possible,” added Tien. The intelligence services of turks are questioning the detainees, according to media turks. A security official Turkish quoted by the daily Hürriyet hoped to obtain valuable information about the inner workings of the ISIS, thanks to this operation.

the US announced the death of the terrorist most wanted in the world the past 27 of October, following an operation conducted by commands us in the village of Barisha, just six kilometres from Syria’s border with Turkey. According to the version offered by Washington, Al-Baghdadi tried to flee through a tunnel and ended up committing suicide by detonating an explosive vest that he carried with him along with two of his sons, so that his remains were unrecognizable.

Al-Baghdadi and the bloody terrorist group that was led came to dominate some 50,000 square kilometers of Iraq and Syria in their time of largest peak, in 2014 and 2015.

Different offensives in Iraq and Syria caused the ISIS -that attracted fanatical jihadists from all over the world – from all the territory that came to dominate in both countries.