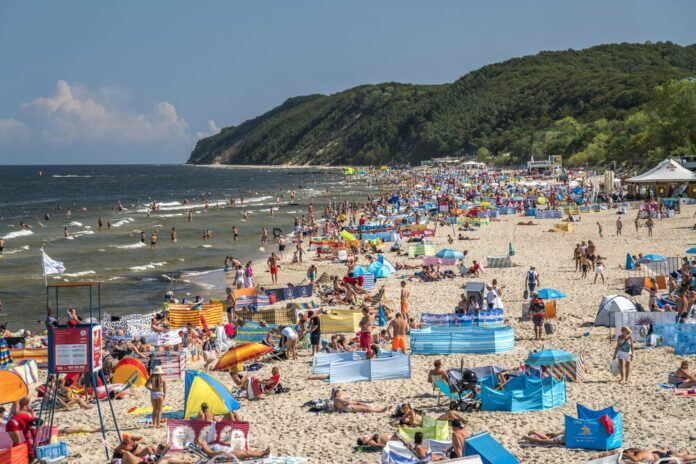 Bavaria’s Prime Minister Markus Söder (53, CSU) has been advertising massively for holidays in Bavaria in recent days. Söder had even thought about vacation vouchers or an option for tax deductibility. However, the Bavarian prime minister only seems to rely on German guests, because Söder has so far been stubborn about easing travel warnings. That is why the Bavarian Prime Minister is now particularly in the criticism of the travel industry, which is already in the starting blocks in order to be able to offer German travel guests trips to other European countries even in summer.

With his open advertising for vacation in Bavaria, the Prime Minister has made himself vulnerable. The travel industry is now arguing that there are many more infections with the corona virus in Bavaria than in some countries such as Greece, Croatia and Austria combined. That is why the organizers are now demanding differentiated travel information instead of the worldwide travel warning that is currently valid until June 14th. Federal Foreign Minister Heiko Maas wanted to lift the worldwide travel warning by June 15, but this approach is not very popular in the CSU. The next round of negotiations is scheduled for June 3. Norbert Fiebig, the president of the German Travel Association (DRV) openly criticizes Söder’s attitude: “There are more people infected with Covid in Bavaria than in all three holiday countries combined. According to the Söder logic, there should be a travel warning for the Free State. Travel advice from the Federal Foreign Office must not be the subject of party banter. ”

Fiebig is also demanding that the worldwide travel warning be lifted quickly. Otherwise, the summer vacation could fall into the water for many Germans who decided to go abroad despite the Corona crisis. “Not all Germans can go on holiday in Germany!” Warns Fiebig at the same time. Fiebig makes it clear that the capacities in German tourist areas during the main holiday season are not sufficient and are further reduced by the restrictions and distance rules. “If the travel warnings are not lifted soon and at least trips to other EU countries are possible, not all Germans will be able to go on holiday this year,” Fiebig confirmed to the “Bild” newspaper. In the previous year, 74 percent of Germans’ trips abroad. And although the Germans prefer a vacation abroad, the German summer hotspots such as the North and Baltic Seas or the Black Forest were also very busy.

Due to the strict rules, hotels in Germany will only be able to use part of their total capacity. In some federal states, hotel occupancy is limited to 60%. However, it is probably questionable anyway how many Germans will actually decide to go on a vacation abroad after the worldwide spread of the virus this year. In a GFK survey, 29% of the participants surveyed had decided not to take a vacation this year. 47 percent of Germans want to wait and see how the overall situation around the pandemic will develop. Only 24 percent of respondents would consider an immediate vacation as soon as the borders are opened again. The travel industry, on the other hand, is struggling with much bigger problems. In Germany alone, trips worth around 11 billion euros were canceled. This corresponds to around a third of the industry’s annual turnover. How it will continue in the future is not yet foreseeable. However, it is clear that a recovery for the battered industry cannot begin as long as many countries keep their borders closed.