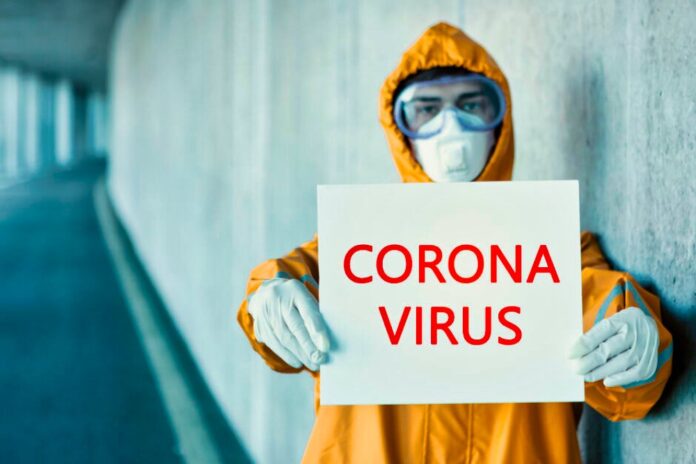 For a long time, the economy in Germany was brought to a minimum in order to curb the spread of the corona virus. But the strict measures and the lockdown hit the German economy hard. Now the criticism of the decisions of the German government is getting louder. Because many experts now believe that the lockdown was a “huge mistake”.

In the past few weeks, new infections with the coronavirus have been falling in Germany every day. It almost seems as if the situation is under control, because despite the easing of the past two weeks, the number of infections has not risen again. But the consequences of the lockdown for the economy are not yet clear. The crash of the stock exchanges around the world was followed by the dismissal of numerous workers. Millions of people work short-time and numerous businesses and businesses are facing financial ruin. The corona virus crisis not only causes problems from a medical point of view, but also results in major social and economic problems for Germany. The long-term consequences of the lockdown are far from being foreseeable. No wonder that many experts are now criticizing the decision of the German government.

However, many experts are now critical of decisions taken by the German government. Prof. Dr. Klaus-Dieter Zastrow (70) from the Hygiene Institute Berlin is of the opinion that the problem can be easily solved by consistently using mouth-nose protection. This measure fights the largest source of infection. “If we consistently implement this, there is hardly any danger left,” the expert believes. A second wave of the coronavirus is a “fantasy” when applying the mandatory mask and complying with hygiene regulations.

Journalist Patricia Riekel (70, Bunte) would personally have preferred to follow the same path that was used in Sweden. “I am in favor of the Swedish path, the recommendations that you keep your distance, that people who are at risk, take something back, stay at home, schools and kindergartens close a bit,” said Riekel to “Bild”.

Professor Stefan Homburg (59), director of the Institute for Public Finance at the University of Hanover, also sees the lockdown as a “huge mistake”. “Because the damage increases every day, all bans have to be lifted immediately. Empty football stadiums and half-empty restaurants are of no use to anyone, ”says the economics professor. State law professor Hans-Jürgen Papier (76) also believes that the corona measures were too far-reaching. “It was a matter of weighing up the protection of life and health on the one hand and the protection of legal assets with constitutional status on the other,” explains the 76-year-old. In his opinion, the decisions taken in the past few weeks would have required more extensive parliamentary and public debate.

Despite worldwide research, there still seems to be a lot of need to clarify the new virus. That is why critics, such as ex-Minister of Culture Julian Nida-Rümelin (65), are calling for a clear analysis of the facts after the crisis. “It’s downright grotesque that we don’t know who has been infected so far, who is currently infectious, but free of symptoms,” the 65-year-old told Munich-based “AZ”. “You have to classify these numbers by saying: How many people die in Germany in total every day? How many heart attacks? How many cancer? How many on Covid-19? ” Only after the entire factual situation is known can you make meaningful decisions. Prof. Klaus Püschel (68), head of the Institute of Forensic Medicine at the Hamburg University Hospital, also expressed doubts about the danger of the corona virus. “In the end, Corona is a viral disease like the flu, which is harmless in most cases and only fatal in exceptional cases,” explains the medical examiner. In many deaths, it was necessary to investigate whether Covid-19 was actually responsible for the patient’s death. “Of the 180 or so coronaries we have now examined, all suffered from severe previous illnesses and were not children or adolescents,” explains Püschel