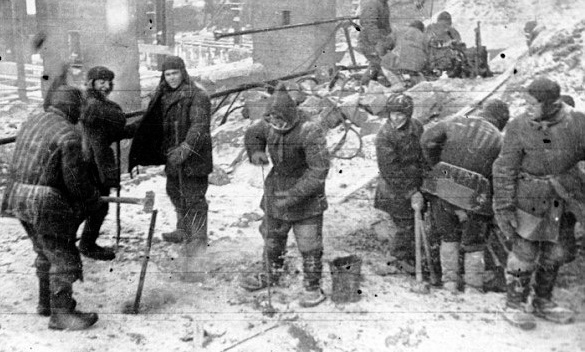 Places of imprisonment in Russia, as we know, always been characterized by high mortality. What happens to the body of the prisoner, who died on the benches or in the prison hospital?

How to react to the corpse of the condemned

the Sudden death of a convict in the cell are not uncommon. Among natural causes are dominated by heart attacks and strokes. But enough prisons and murders, and suicides. A criminal subculture has developed many slang to refer to death and related things. Most often it is the euphemisms that are designed to “disguise” the true nature of the phenomenon. About a dead man say that he “kicked the bucket” or “horses shuffled”. In Soviet times there was a phrase “the jacket closed” (“wooden jacket” the prisoners called the coffin). Death itself sometimes personifizierte. According to the dictionary of Vladimir Bykov “Russkaya Fenya”, death is called “Bend Ivanovich” or “Bend Petrov”. This expression was known in Stalin’s camps:

“the Death then of a male call her by name as a foreman” – wrote about it Yury Dombrovsky in “Faculty of unnecessary things”.

the Dead man referred to as “Abbey falls” (often say in the North) or “stiff”. However, despite the well-developed “near-death” language, any special procedures or specific rituals of the criminal world in this case has not developed. So the only thing that makes the inmates of the deceased – report about the lamentable fact the duty warden. If beliefs do not forbid them to cooperate with the administration, they can testify on the circumstances of death in the preparation of protocols and acts.

What makes the property

History bears witness to the gradual “humanization” of the prison practices for the treatment of the deceased. In pre-Petrine Russia the bodies of those executed were sometimes fed to dogs. In the XVIII century, according to contemporaries, dead the deceased criminals were brought in the so-called “poor house,” where were the bodies of other “dregs of society” — suicides or vagrants. There they decomposed, waiting for Trinity Thursday — the day when the dead were buried all at once. This procedure was abolished by the Empress Elizabeth. Once, during a trip to Moscow the Queen smelled the terrible stench from Bozhedomka – the last refuge of the poor, where for months the bodies were stored. In the nineteenth century, the funeral of the executed were done in an ordinary cemetery. Although the government sought to carry out such procedures in secret, sometimes in the coffins of political criminals was the whole demonstration.

the bodies of the prisoners of Stalin’s Gulag relatives was not given. They were buried naked in a shallow grave, over which are placed plates with the numbers. The practice of “numbering”, according to some, lasted until modern times. For example, there is a version that the remains of the maniac Chikatilo, who was executed in 1994, lie in the cemetery of the Novocherkassk prison under the plate number.

Now the post-mortem fate of the body reglamentary “instruction on the procedure for burial of persons who died while serving a criminal punishment”, approved in 2005. Within 24 hours the prison administration is obliged by Telegraph to inform about the death of relatives of the prisoner. When friends arrive, they are given the body. If necessary, long-distance transportation of the corpse, the prison administration can help in the manufacture of galvanized coffin.

If the deceased no one goes for 7 days, then bury it in a specially designated area of the city or village cemetery “by permission of the local administration.” The holding of religious ceremonies in such cases provided. The dead buried in the ground just in accordance with the sanitary standards.

“At the place of burial is established nameplate, name, patronymic, date of birth and death”, — stated in the statement.

Funded by the prison’s funeral from the funds allocated “for the maintenance spetskontingenta”.