Home Politics What is the state of emergency in Russia 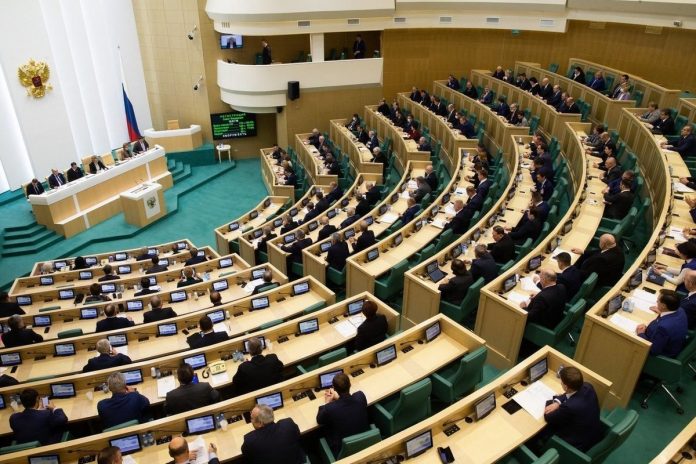 for Example, the government granted the right to enter regimes of high alert or emergency on the entire territory of the Russian Federation or its part, to establish binding rules of conduct with the introduction of modes of alert or emergency.

the Cabinet will also be able to coordinate a unified state system of prevention and liquidation of emergency situations. We understand what an emergency in the Russian legislation.

the Federal law “On protection of population and territories from emergency situations of natural and technogenic character” the state Duma adopted November 11, 1994.

the Law defines emergency as “a situation in the certain territory, developed as a result of an accident, hazardous natural phenomena, catastrophe, natural or other disaster which can entail or entailed human victims, the damage to human health or the environment, considerable material losses and violation of conditions of activity of people.”

the Situation with the spread of the coronavirus falls under the definition of emergency.

the 1994 Act specifies that the unified state system of prevention and liquidation of emergency situations operates at the Federal, interregional, regional, municipal and facility levels. This system, in particular, provides for the organization of warning the population about emergencies and inform the public about the emergency, including emergency notification of the population.

in addition, the law defines the powers and functions of the government Commission on prevention and liquidation of emergency situations.

the structure of the state system included the national control centre in crisis situations, the crisis management of the territorial bodies of the Federal body of Executive power Edinaya dezhurno-dispatching services of municipal formations.

the decision of the President of the Russian Federation in emergency response with the involvement of specially trained forces and means of the SBIrosannah forces, other troops and military formations, establishes a special level of responsiveness.

among the measures on protection of population and territories from emergency situations include, among others, restricting access of people and vehicles; determination of the order of razblokirovanie of reserves of material resources; determination of the order of use of means of transport, means of communication and alert, and of other property of the bodies of state power, bodies of local self-government and organizations; to suspend the activities of the organization, if there is a threat to the health and safety of employees of this organization and other citizens.

the Law also defines the procedure of informing of the population on anticipated and actual emergencies, their consequences, and data on radiation, chemical, medical-biological, explosive, fire and environmental safety in the relevant territories.

One of the provisions of this section of the act States: “Concealment, untimely representation or representation by officials obviously false information in the field of protection of population and territories from emergency situations shall entail responsibility in accordance with law,”

the Law stipulates that citizens have the right to protection of life, health and personal property in case of emergency, to inform of the risk they may be exposed, as well as for damages caused to their health and property due to emergencies.

Read also: the state Duma approved a 13 percent tax on deposits: at the amendments there are nuances