Home World "Who wants to be a millionaire?": RTL shows millions of winners again 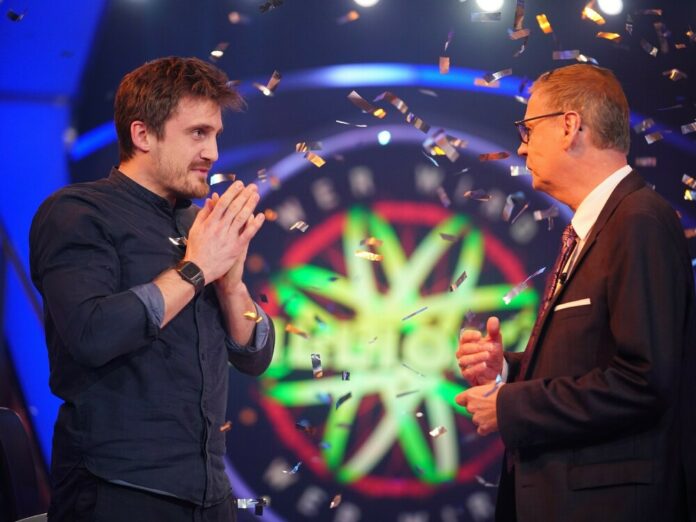 In a few weeks, "Who wants to be a millionaire?" On Whit Monday, June 1st, 2023, RTL will still broadcast a "Celebrity Special" from 8:15 p.m. It is not yet known who will be present next to moderator Günther Jauch (63). In the previous specials, a total of around 27 million euros were raised for a good cause. Thomas Gottschalk (2008), Oliver Pocher (2008) and Barbara Schöneberger (2011) each won the million.

From June 8th there will be four repetitions. These are episodes in which a regular candidate was also able to secure the maximum amount. The last four million winners will be shown.

Cologne's Ronald Tenholte, owner of a juice bar, makes the start. On March 24, 2023, he was able to win the million by answering correctly how many boards make up a “classic, standardized EPAL 1 Euro pallet”. Tenholte is the tenth normal millionaire; Special editions excluded. His predecessor: The doctoral student and event organizer Leon Windscheid last answered all questions correctly in 2015.