Home Breaking Why Nazi criminals after the war fled to Argentina 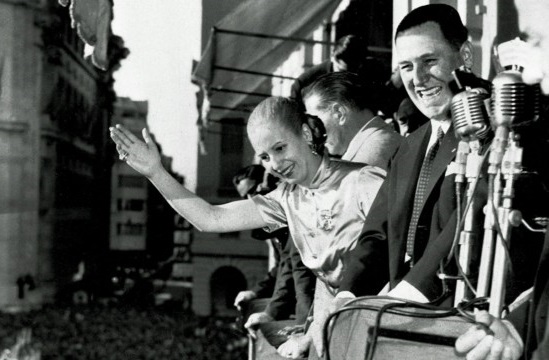 After world war II, hundreds of thousands of Nazis managed to avoid a trial. They fled abroad, where he got false papers. Other more hospitable to war criminals turned out to be Argentina.

After Germany’s surrender hundreds of thousands of Nazis fled in all directions and could, but the geography of their place of refuge was not so wide: the middle East, North and Central Africa. A warm welcome was waiting for former war criminals in Latin America: Mexico, Brazil, Bolivia, Costa Rica. Most of the Nazis escaped to Argentina. Who in 1946, President Juan Peron openly sympathized with the Nazis and criticized the decisions of the Nuremberg court.

Today it is an open secret that aid in the organization of the flight of the Nazis assisted the international Committee of the red cross. Published in the British newspaper The Guardian studies researcher at Harvard University Austrian Gerald Steinacher suggests that the Red Cross gave at least 120 thousand exit and travel documents to former Nazis. Most of them managed to escape to Spain and Latin America through Italy.

To obtain false documents former SS tried to blend in with these refugees, and sometimes seemed to the Jews to leave through Italy allegedly in Palestine. Steinacher writes that the mission of the red cross issued travel documents war criminals due to work overload, but also based on political and personal preferences. Used by the Nazis and stolen documents.

According to the estimates of Steinacher, only the UK and Canada in 1947, made about 8,000 former soldiers of the Waffen SS. Interestingly, many of them used in legal documents.

According to the results of its work, Steinacher onwrote the book “Nazis on the run: how Hitler’s accomplices were able to escape justice”.

Argentina was for the Nazis the perfect hiding place. Almost the entire war, until March 27, 1945, Argentina remained neutral. However, this neutrality was a kind. On the territory of Latin American States had branches of the German weapon companies of IG Farben, Staudt und Co., Siemens Schuckert. In the building of the German Embassy in Buenos Aires was two banks of the Third Reich. The circulation of funds between Argentina and Germany did not stop the war.

Enterprises of Argentina was supplied by Italy and Germany chemicals, palladium, platinum, medicines, the famous Argentine meat and wheat. Do not deny the authorities of Argentina and in the “Park” from its coast for German submarines.

by the beginning of world war II in Argentina, whose population was 13 million people, lived more than half a million Germans with Argentine passports. Of course, not all of them were supporters of Nazism, but the slogans of “great Germany” was popular among them.

German migrants established in their neighborhoods and districts of the so-called “athletic clubs”, based on the example of the troops of SA and SS, issued its Pro-Nazi newspaper. The most famous of them was “El Pampero”, published with a circulation of 100 thousand copies.

Created in Argentina, “the Association of German charitable and cultural societies” has become a semi-official branch of the NSDAP.

Thus, even in 1933 in Argentina created a favorable environment for the maturation of Pro-Nazi sentiment. The flight of thousands of Nazis in this country it was prepared in advance.

In 1994, almost half a century after the end of world war II, lived in Argentina, former SS hauptsturmführer Erich Priebke gave an interview with ABC journalist Sam Donaldson.

quietly Priebke lived in the Argentine town of San Carlos de Bariloche. In Argentina he arrived pon one of the “rat trails” from Genoa, with a red cross passport in the name of the Latvian Otto Priebke Dad. In the German community of Bariloche, the former Nazi criminal Priebke was reputed to be a respected man, was chosen Chairman of the Board of Trustees of the society of the German school.

After the restoration of diplomatic relations with Germany in 1952, Erich Priebke even got a German passport.

In an interview with a former SS-hauptsturmführer open up: “In those days Argentina was a sort of Paradise”…. But Paradise for Priebke to be over soon. Having seen interviews with Nazis, whose relationship with mass executions of people in Adriatiska caves was by the time is proven in Italy immediately sent to Argentina’s request for extradition of an SS man.

litigation against the former SS officer lasted for many years. Priebke was placed under house arrest and even wanted to extradite to Germany, but was refused.
he Died in 2013 at 101 year of life, the place of burial of Priebke unknown: the Italian anti-fascists staged a protest at the preparations for the Requiem mass, which was to be held at the Institute of Pope Pius X, after which the authorities decided to bury the Nazis in Italy, but without the ads space.

The Most Common Signs That You Should Consider Changing Lawyers

4 Steps to Take to Get a Medical Marijuana Prescription in...

5 Roles of a Personal Injury Lawyer