Home Breaking Zelensky and Putin held talks on the meeting in the format “Norman... 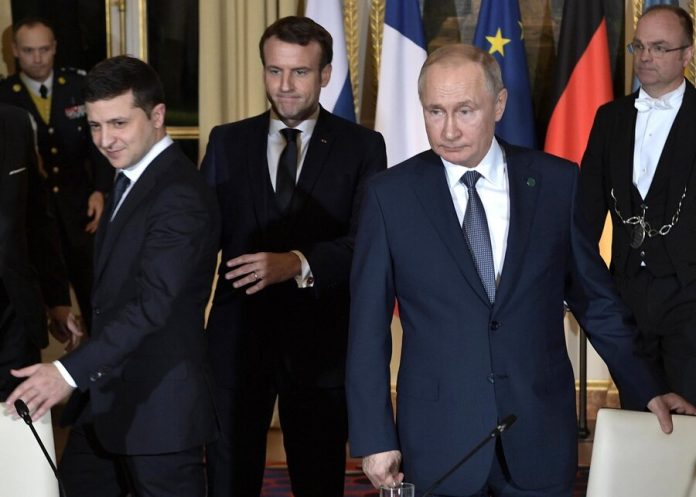 the President of Russia Vladimir Putin and President of Ukraine Vladimir Zelensky had a phone conversation, during which discussed the preparations for the meeting of leaders “channel four”, reports TASS.

the Heads of state talked about the implementation of the agreements that were reached during the Normandy summit on 9 December 2019. In addition, Putin and Zelensky discussed preparations for the next meeting of leaders “Norman Quartet.”

“Norman format” is a group of leaders of Russia, Ukraine, Germany and France. The Quartet deals with the settlement of the situation in the East of Ukraine. The first meeting was held on 6 June 2014 in the French city château de Bénouville, located in Normandy.

At the last summit of Putin and Zelensky agreed to exchange prisoners in the format “all for all”. In addition, the heads of Russia and Ukraine came to an agreement in ensuring the indefinite ceasefire in the Donbass.

Earlier, head of presidential office of Ukraine Andriy Yermak reported that Zelensky is ready to meet with Putin, if necessary.