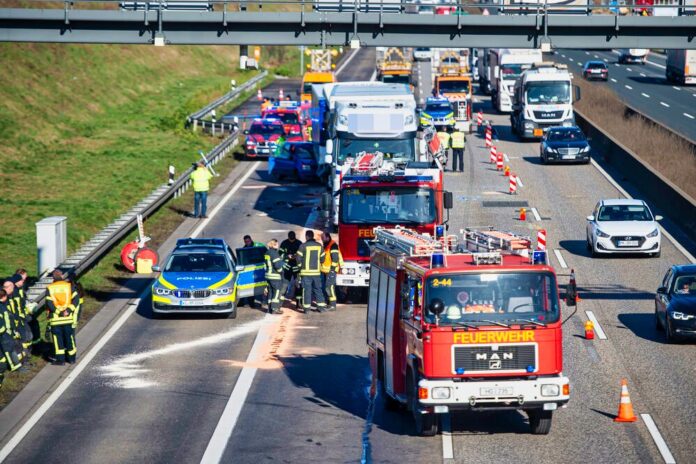 Terrible pictures of the Autobahnt. A 25-year-old motorcyclist was killed in an accident there. The driver of the motorcycle was heading south when he touched a car on the side and then collided with the guardrail.