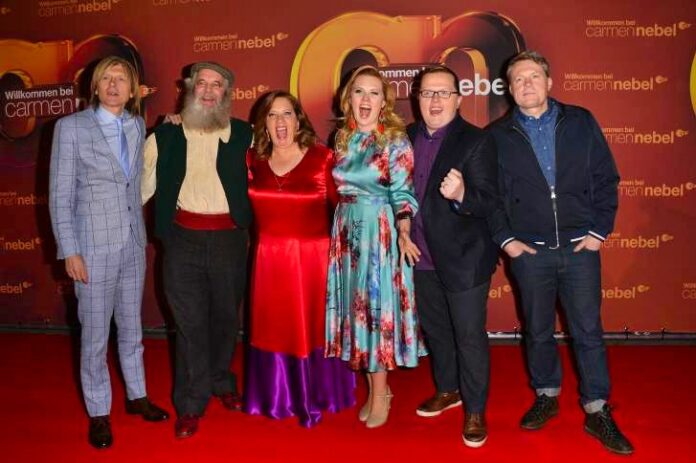 This message was a shock for many fans of the popular “Kelly Family”! Angelo Kelly will leave the well-known band in the future because he feels drained and overwhelmed. Now the talented singer has decided to pull the ripcord. But how exactly will the “Kelly Family” continue in the future?

Back in December, Angelo had already indicated that the matter was growing over his head. And now Angelo Kelly (38) has decided to turn his back on the “Kelly Family”. Instead, the singer now wants to take care of his wife and five children. Good news for wife Kira (41) and their children Gabriel (18), Helen (17), Emma (14), Joseph (9), and William (4). “I have been working for three and a half years until I can no longer walk. I’ve been carrying this burnout feeling around for two years now. At some point this will destroy you, ”Angelo describes his time of suffering in recent years.

Angelo publicly assured that there was no dispute and that he enjoyed working with his siblings. However, the reason for his exit also reads a bit like a settlement with Kathy (57), Paul (56), John (53), Patricia (50), Jimmy (49) and Joey (47). Because supposedly Angelo wasn’t just the singer of the band. In addition, Angelo had probably also taken care of management, organization and marketing. A task that his older brother Paddy (42) had previously failed. After leaving the band in 2004, he went to a monastery for a short time and has avoided contact with his siblings since then.

Angelo also openly and honestly admits: “You can’t be a normal family man anymore. My head rattled all the time, even at night. ”His wife had supported him in his decision.

Not only the fans are now wondering how things will go with the “Kelly Family”. “We want to continue,” says Angelo’s sister Patricia. The family is said to be already looking for a successor to take over Angelo’s business responsibilities in the future. Could Maite Kelly do this? Apparently not, as she comments on Angelo’s resignation as follows: “That Angelo now wants to concentrate on his own large family, musically and as a father, is completely understandable to me”. But she herself will continue to act as a solo artist in the future and take care of her children.