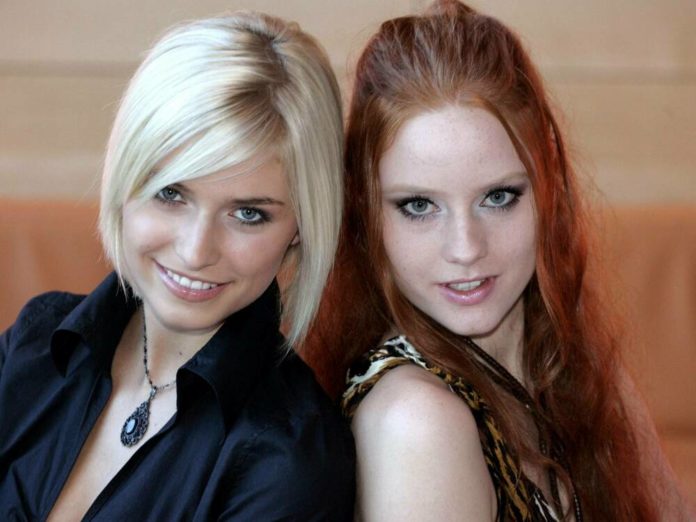 In 2022 there will be plenty of up-and-coming models. Because several former candidates of the casting show “Germany’s next Top Model” (“GNTM”) are currently pregnant. That should also please model mom Heidi Klum (46).

Just recently, Fiona Erdmann (31) told the magazine “Bunte” that she was expecting a child soon. The baby’s father is 29-year-old male model Mohammad, or Moe for short. Erdmann, who took part in the second season of “GNTM” in 2007, said that Moe met three years ago in a beach restaurant in Dubai. The model looked “super attractive”. “He was working on his laptop, just like me. We got talking and got on right away. “But is the baby also a child of choice? “Absolutely!” Erdmann assures.

While Erdmann took fourth place, Barbara Meier (33) from Amberg, Bavaria, was able to secure the model crown in the same year. In the meantime, Meier has made several appearances as an actress, including in television series such as “SOKO 5113”. In the future, however, family life should be in the foreground, because Meier will also have her first child with the Austrian investor Klemens Hallmann (44), with whom she has been married since 2019. “Mission Baby,” Meier wrote in February on a pastiche on the movie poster of “Mr. & Mrs. Smith “. At the same time, she announced that it will be in summer 2022.

In 2006, at the age of only 17, Lena Gercke (32) was named the very first winner of “Germany’s next top model”. Born in Marburg, she will also be a mother for the first time in 2022. The father is Dustin Schöne, director and founder of the film and television studio Saltwater Films. Gercke announced the pregnancy in January with a picture on which a clear baby tummy can already be seen. To do this, she just posted three little heart emojis on Instagram and wrote “1 + 1 = 3”. Schöne published an identical picture and also said: “You and me = 3”.

Incidentally, in 2012 Ann-Kathrin Götze (30), then Brömmel, joined the “GNTM” jury. But it was only enough for the top 50. The 30-year-old expects with her husband, footballer Mario Götze (27), also offspring. At the end of March, she announced her pregnancy via Instagram. At that time, Götze was in the seventh month.

Three is a family ? #7months

In October 2019, Marie Nasemann (31) also announced via Instagram that she and her boyfriend, one of the co-founders of the Berlin egg liqueur brand “Rübbelberg”, were expecting a child. In the meantime, the offspring of the third place from season four of “GNTM” is in the world. Nasemann has published a photo on Instagram that shows her in bed. She is holding a large sushi platter in her hands. “I’ve been waiting for this for nine months,” she writes. The newborn lies next to her on the mattress.

Bruna Rodrigues, who was seen in the 13th season of “Germany’s next Top Model” in 2018, has also recently become a mother. On March 16, her daughter Violetta Lisboa was born in Frankfurt, as Rodrigues told Instagram on the same day. Joyfully and obviously mega proud, she presented her baby in an accompanying picture. The model also shared multiple pregnancy impressions with her more than 100,000 followers. Since then Rodrigues has posted photos of herself and her little ones. Most recently, she assured one of the pictures that she was the “happiest mom in the world”.