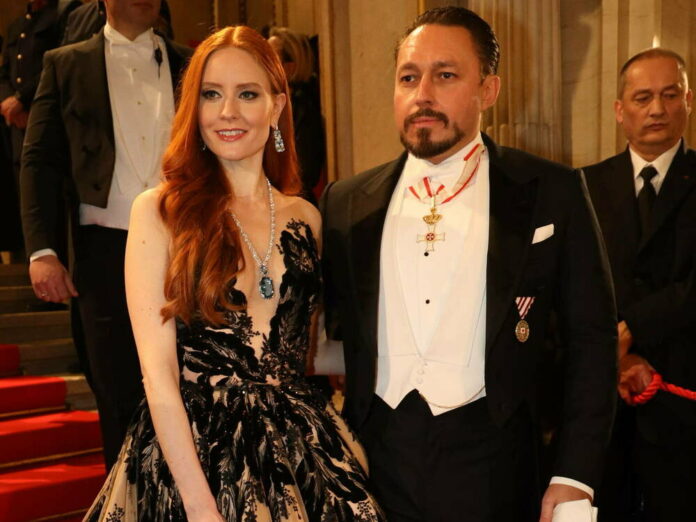 Surprise for the model

On June 1, 2019, Barbara Meier (33) and Klemens Hallmann (born 1976) said yes in Venice. And the first wedding day was obviously very romantic. The model raves on Instagram : "The most beautiful 1st wedding anniversary I could have wished for!" Meier also says about a picture in which the 33-year-old holds a red rose and numerous flowers can be seen in the background: " It ended in a beautiful room with 1000 red roses! "

Hallmann probably didn't make it easy for his loved ones. The way there was “so exciting and super exciting”, Meier reveals: “Klemens knows how much I love puzzles !! That's why he sent me on a puzzle journey today and only when I had solved all of them did I know where our dinner was going to be! It was so much fun! "

In the picture she shared on Instagram, Meier's already remarkable baby bump can also be clearly recognized. She is wearing a sleeveless, knee-length dress in black, which she combined with metallic strappy pumps and a long necklace. Her hair dropped openly and smoothly over her shoulders. In February, Meier and Hallmann announced via Instagram that they would become parents. In summer, the baby will be born, as you told at the time. The “Germany's next top model” winner from 2007 made the relationship with the Austrian entrepreneur public in spring 2016. In May 2018, her Hallmann made a Hollywood-style marriage proposal in Cannes, followed by the wedding a year later.