Home World Beach vacation in Germany: only with app registration for bathing pleasure? 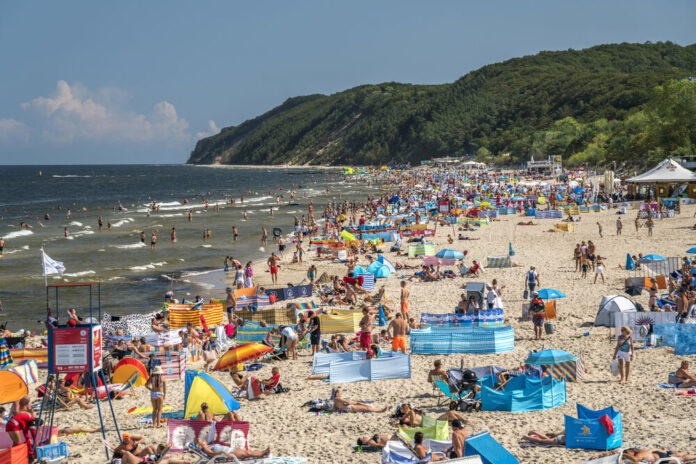 Unusual times require unusual measures. That is why the Prime Minister of Schleswig-Holstein, Daniel Günther, has now presented a system for how you can book a place on the beach in your state by smartphone while on vacation. This technical innovation is intended to make it easier to comply with the distance rules during the corona crisis.

Schleswig-Holstein obviously wants to rely on technology this year to keep the distance on the beach. From now on it should be possible to book a beach place via smartphone app. “You can register via the app that you want to go to a section of the beach within a certain period of time,” the CDU politician confirmed to the “Tagesspiegel am Sonntag”. “If there is still space there, you log in and then have access authorization,” Günther explains the new booking system. As Günther announced, this new app was developed by the municipality of Scharbeutz. But now there is also the possibility that other locations on the Baltic Sea coast can use this new system.

In order to prevent the contagious corona virus from spreading again, Günther announced increased checks during the holiday season, which should also guarantee that the distance on the beach is maintained. “We will continue to control strongly. We won’t have everyone lying close together like in a sardine can, ”confirmed the Prime Minister. The Prime Minister was very satisfied with the course of events during the Ascension and Whitsun weekend and saw this as a good sign of tourism in Schleswig-Holstein. “Both weekends went well in the tourist locations. There were occasional barriers when there were too many day guests. But the first test for the summer season worked. ”We can only hope that this will continue to be the case in the further course of the summer.