Home World Train accident! ICE crashes into fallen tree – train has to be... 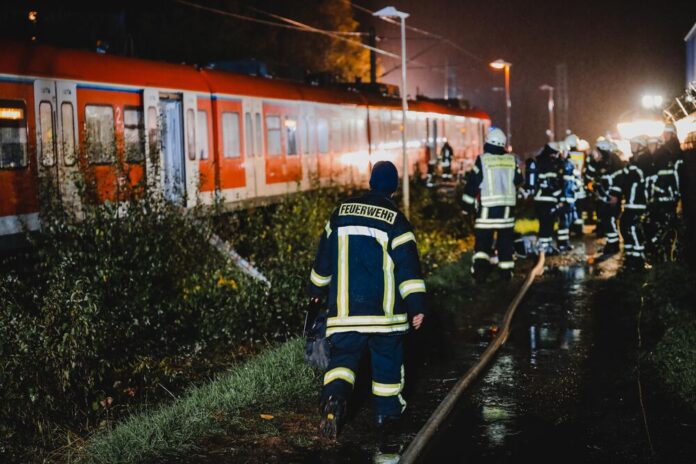 ICE races into fallen tree! Demolished overhead line blocks the railway line – Around 150 passengers must be evacuated by the fire department on the open route!

An ICE raced into a fallen tree in Wuppertal. After it had rained in the morning and it became windy in the afternoon, the tree apparently found no support in the softened ground and fell on the overhead line. Both the overhead line and the pantograph on the ICE were destroyed in the collision.

The approximately 150 passengers had to be evacuated by the fire brigade and were then taken to the next train station by several coaches. Until the damage is repaired, the route remains blocked until further notice.