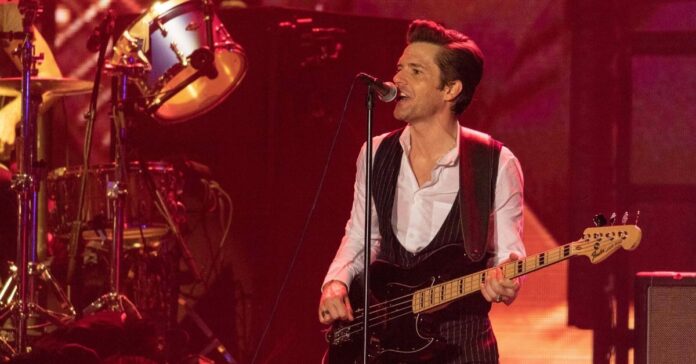 Forty years ago, on May 18, 1980, the history of the British cult band Joy Division ended shortly after it began – with the suicide of its singer Ian Curtis.

On the anniversary of the death, The Killers frontman Brandon Flowers and the band Elbow together with the still living members of Joy Division will commemorate the legendary musician.

Celebrating the life and legacy of Ian Curtis and raising money for @manchester_mind. Join Dave Haslam and @headstockfestival for a very special event on May 18th, featuring Bernard Sumner and Stephen Morris. Find out more on neworder.com #UnitedWeStreamGM Photo by Mark Reeder

Bernard Sumner and Ian’s ex-colleague Stephen Morris will speak about their memories of the late artist, who finally committed suicide in 1980 at the age of 23 after several failed attempts at suicide. Curtis hanged himself on the night of May 17-18, a day before the band’s upcoming America tour in Macclesfield, UK.

Friends and fans remember a really big one

The event will take place on Ian’s anniversary on May 18. The lead singer of the Killers will talk about the influence of Joy Division on his own band, while Elbow will be among the stars who will appear alongside Kodaline, LoneLady and the Lottery Winners.

Actress Maxine Peake and Ian’s friend Mark Reeder will give interviews. The event, moderated by Headstock and DJ Dave Haslam, will be shown on the United We Stream website and via live streaming on Facebook.

A limited edition 40th anniversary version of Closer will be released this July on clear vinyl, forty years on from its original release. In addition to the LP release, non-album singles ‘Transmission,’ ‘Atmosphere’ and ‘Love Will Tear Us Apart’ will be reissued on the same day with 2022 remastered audio. Cut on 180g vinyl, featuring the original artwork on heavyweight board. ‘Transmission’ will feature an embossed sleeve. Link in bio # Closer40

The donations raised during the tribute will go to charities such as Manchester Mind and Nordoff Robins.

Additional artists to pay tribute to music legend Ian Curtis will be announced on Friday (May 15th). The second Joy Division album “Closer” will be reissued in July. Curtis would have been 64 on July 15. (Bang / KT)