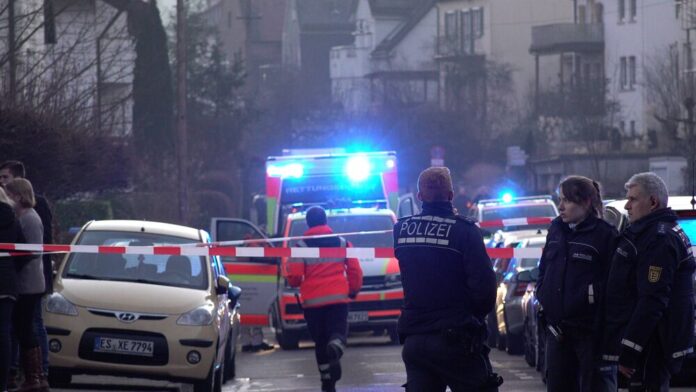 A brutal raid occurred in Hamburg-Eidelstedt late Wednesday evening, in which two men were injured at the S-Bahn station in Elbgaustrasse. There was an argument at about 10 p.m. at a public toilet. The two injured men had been shot in the face by gunfire from a gun and had to be hospitalized.

Apparently the two injured men were attacked by a small group of around 7 men. The shots that injured the men had been fired from this group. Before the police and emergency services arrived at the scene, the group had already left. Now the police are already looking for the fugitive perpetrators. The perpetrators were allegedly traveling in a Mercedes and a Smart. A spokesman for the Hamburg police confirmed on Thursday morning that the two men, aged 24 and 30, who had been injured in the attack, are still in hospital for treatment. In addition to being injured by gunfire, they also have cuts that were inflicted on them with a glass bottle. Nothing is known about the background to the crime.

Apparently there had only been a verbal battle between the injured men and the group before. At the moment, two 16-18-year-old youngsters who are said to have been part of the group are considered to be suspects. The police are optimistic that they will be able to identify the perpetrators of this brutal incident within the next few hours.