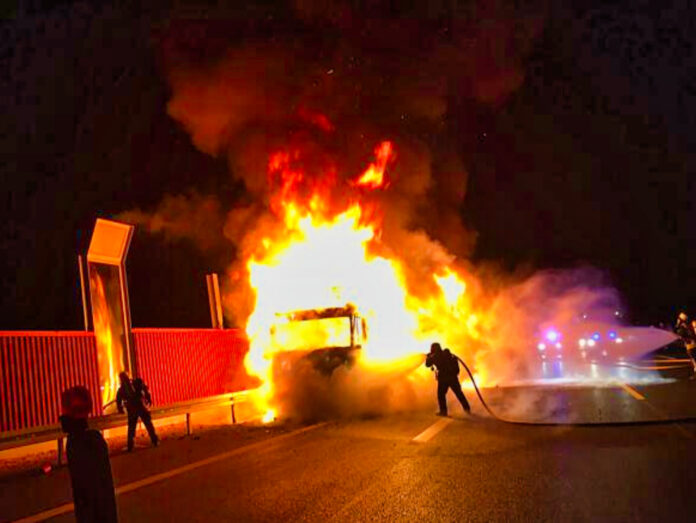 Terrible tragedy on the B191 near Lüchow-Dannenberg. There a car with a trailer got off the street and then hit a tree head-on. After that, the vehicle caught fire. The two occupants of the car were apparently caught in the accident and burned inside their vehicle.

The serious accident had occurred on Whitsun on the B191. In Karwitz, a car with a coupled caravan had left the street for an as yet unexplained cause and then collided with one of the numerous trees on the roadside. Investigations should now clarify the exact course of the accident. So far it is only known that the team caught fire after an accident for an unknown cause and subsequently burned out completely. Any help had come too late for the two people trapped in the vehicle. The occupants had been burned beyond recognition in the car. So far, the police have not been able to confirm the victims' identity. At the scene of the accident, the B191 had to be blocked for several hours until the completely burned-out steel frame could be removed from the vehicle and caravan.