Home World Full closure! Horror accident at the end of the traffic jam –... 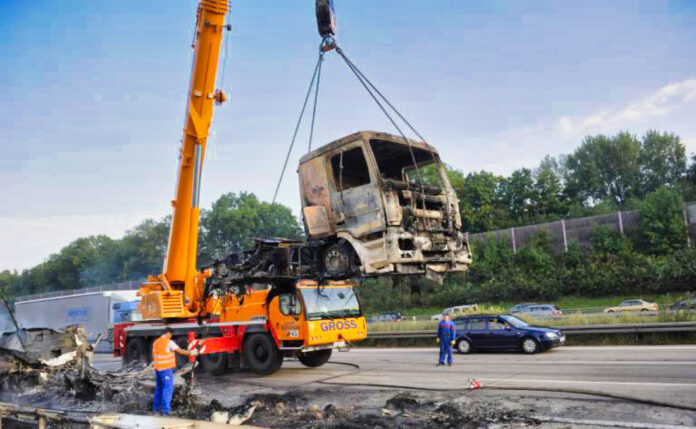 Large debris field in horrific accident at the end of the traffic jam! Small van is crushed between two trucks, the driver is trapped in a completely destroyed small van and is killed! Passengers and those who caused the accident survive seriously injured.

In a serious traffic accident, a driver died on Tuesday afternoon on the A5 motorway between Bruchsal and Kronau in Baden-Württemberg, and another person was seriously injured. The van with trailer and a car loaded on it was caught between the two trucks and completely destroyed. The van driver died in the accident. The passenger and the truck driver survived the crash and were taken to a clinic.

Fire, rescue and police forces were deployed with a large contingent. The traffic jams over ten kilometers in length. The highway had to be closed for several hours. The salvage work will continue for a long time.