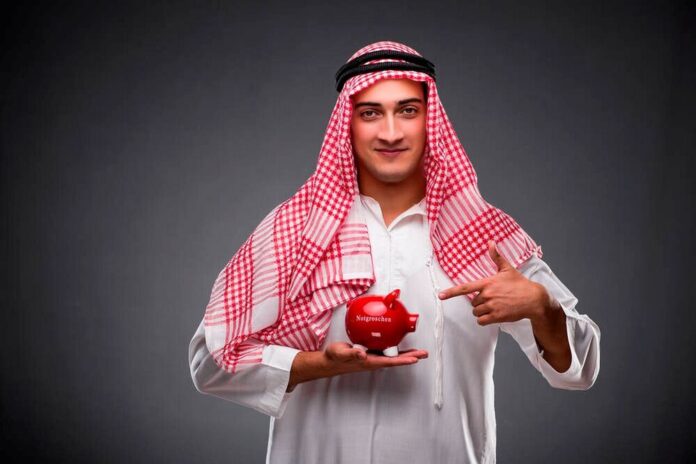 Borrow 1,000 euros and only repay around 900 euros: The price war for installment loans now goes so far that banks are giving away money and offering negative interest rates.

The online comparison portal Check24 advertised a loan with an effective annual interest rate of minus 0.3 percent on Monday. Competitor Smava followed suit and lowered the interest rate for a product to minus 0.4 percent.

The loan amount is limited in both cases, but thanks to the negative interest rates, customers ultimately have to pay back less money than they have taken up. Both offers are limited in time and expire at the end of or in mid-March. It is now worthwhile to access experts advise, the current low interest rate situation will not last forever.

The smava credit portal is now reducing the effective annual interest rate of its negative interest loan from minus 0.3 percent to minus 0.4 percent. “Thanks to the smava negative interest loan, consumers again benefit greatly from the low interest phase,” explains Alexander Artopé, Managing Director of smava. “It stays that way: smava offers the cheapest loan in Germany.” At smava, consumers save 76.94 euros through the interest rate of minus 5 percent, with the other provider it is less than half.

The negative interest rate of minus 5 percent applies, for example, to a net loan amount of EUR 1,000 and a term of 36 months. That means: “I borrow 1,000 euros and only have to pay back 923.06 euros,” says Artopé. “Nowhere else in Germany can consumers borrow money so cheaply.” The loan can be applied for by employees, workers and civil servants with a good credit rating. The offer is only available once per borrower. There are no additional costs. A residual debt insurance is not offered. The borrowed money can be used freely. Early repayment is possible free of charge. Anyone who meets the conditions for the loan will receive a 76.94 euro gift from smava. The number of negative interest loans is unlimited. The interest rate is limited in time. The loan is offered by smava in cooperation with Fidor Bank.

Due to the ongoing low interest rate phase, many consumers believe that loans are currently particularly cheap everywhere. Unfortunately, this is an expensive fallacy. There are major price differences: in the first quarter, the average loan taken out online was 33 percent or EUR 322 cheaper than the national average. In total, borrowers in Germany could have saved 612 million euros. This is shown by data from the Bundesbank, Schufa and the credit portal smava. ‘It is important to us to make consumers aware of the price differences in loans,’ says Artopé. ‘We do marketing with the goal of reducing borrower costs. Because if you have to borrow money, you shouldn’t have to pay too much for interest. ‘ Smava had already launched the first negative interest loan on the market in summer 2017 and has now reissued it – originally with an effective interest rate of minus 0.4 percent. According to Smava boss Alexander Artopé, the negative interest loan was very well received by customers. ‘Overall, we have issued a medium four-digit number of loans.’