Home World Corona case! TUI-Mein Schiff quarantined with 2900 people on board in Cuxhaven! 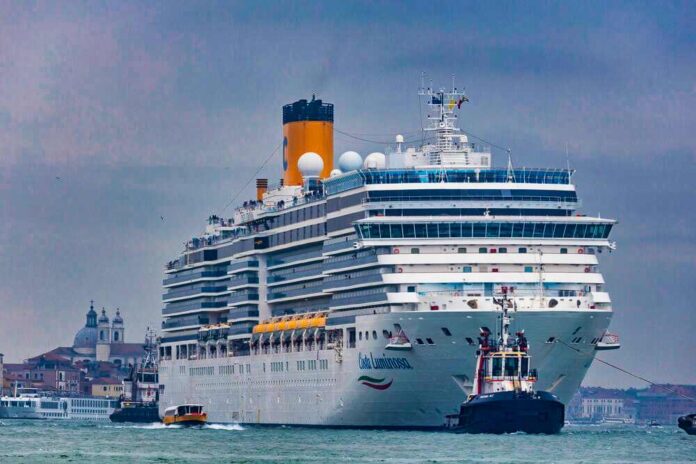 At the moment the well-known cruise ship “Mein Schiff 3” of the shipping company Tui Cruises is at anchor in the port of Cuxhaven. The ship is now in quarantine because a positive corona case was found. The health office of the district of Cuxhaven and Tui Cruises confirmed this information on Friday evening.

At the moment there are no cruise guests on “Mein Schiff 3”. However, the ship has been moored at Steubenhöft in Cuxhaven since Tuesday with currently 2899 crew members. The entire crew is to remain on board until further notice. The ship is currently being used as a collective transport for crew members of the Tui fleet. Because numerous ports remain closed due to the Corona crisis, the shipping company organized the return trip to the respective home countries for its employees. After arriving in Cuxhaven, 15 crew members with flu-like symptoms had been examined in the on-board hospital. The patients were then tested by the health department and the port medical service for the contagious coronavirus. A test result was positive. Now 15 crew members have been isolated in their own cabin and are given medical care.

As the district of Cuxhaven announced, “some crew members” had already left the ship on Thursday. They are currently on their way home. In the meantime, they have been contacted and instructed to quarantine as soon as possible in accordance with legal requirements.

With the exception of the crew member who tested positive, there had not been a single positive case of Covid-19 among the guests on the “Mein Schiff” fleet, according to the organizer Tui Cruises. The entire crew of all TUI-operated ships are said to have been on board in isolation for more than four weeks. The crew members had the last contact with the outside world when the last passengers left the ship on March 23.