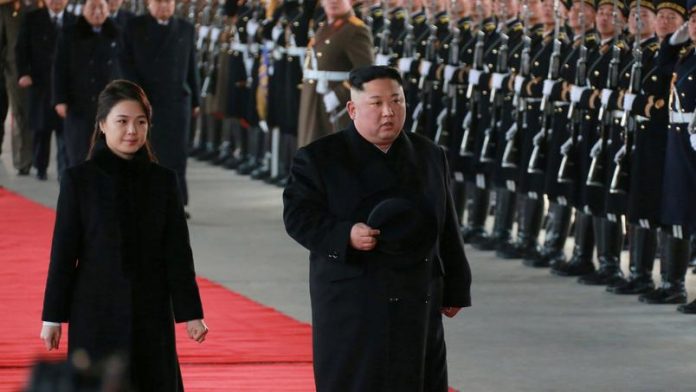 Is that the end of the speculation? Kim Jong Un is back! After his cardiac surgery, the dictator now appeared at the opening of a fertilizer factory – North Korean media published photos.

These recordings should end all discussions! Kim Jong Un has reappeared, according to the North Korean press agency KNCA Kim Jong Un is said to have participated in the opening of a fertilizer factory. He looked cheerful and looked fit. This means that Kim appeared publicly on Friday for the first time in 20 days. His sister, Kim Yo Jong (32) was also at his side. But, are the pictures real and also from the present?

When visiting the factory, Kim Jong Un gave one of the classic speeches – “With great emotion” Kim said that his grandfather Kim Il Sung and his father Kim Jong Il about “the news that the modern phosphate fertilizer factory has been built, would have been very enthusiastic. In order to finally dispel the doubts, Kim Jong Un would have to be associated with a verifiable, current situation, for example by commenting on a current situation.