Home World Correct handling of the smartphone: these are five absolute no-gos 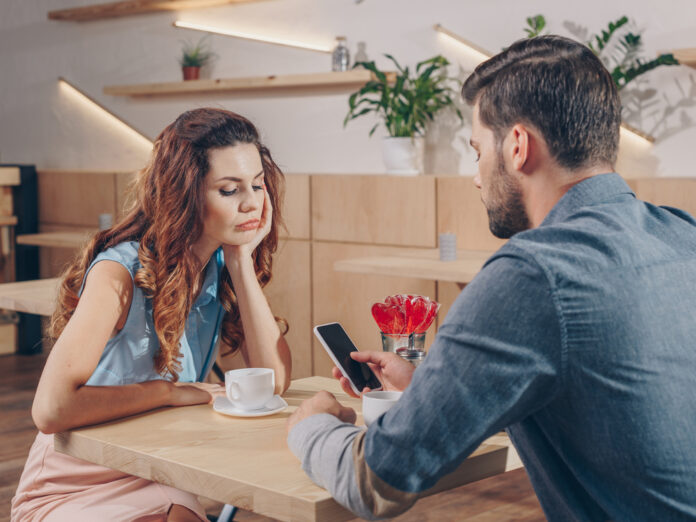 “Manners are forms that are increasingly being circumvented”, the German author, cabaret artist and actor Oliver Hassencamp (1921-1988, “Burg Schreckenstein”) once said. What would he have thought of smartphones that determine everyday life, how they interact with each other and sometimes the whole life of many people today? Here are five absolute no-gos that you should definitely avoid if you want to maintain a certain level of courtesy.

Not only for dates and appointments: people always go first. It is not for nothing that many parents prohibit their children from bringing their smartphone to the dining table. It is a sign of a lack of interest, depending on the form, maybe even a certain rejection, if you prefer to stare at the display of the cell phone than to look the other person in the eye.

One should ask: How would I feel if my date or conversation partner preferred to surf or hang around on Instagram, WhatsApp and Co. while we are talking to each other? Of course there are exceptions. For example, you can quickly find a stored photo if you absolutely want to show it to the other person. But you should also announce this beforehand and say why you are taking the smartphone out of your pants or handbag. For example, if you expect an important call, this should also be communicated beforehand. Then nobody is angry if the conversation is briefly interrupted.

Especially when chatting about past vacations or the like, many people like to use their smartphones to show the conversation partner a special snapshot. If the owner of the cell phone passes the device on to the other person, this is not a free ticket to wipe on and also look at other stored recordings. If you do this without being asked, it is tantamount to a breach of trust and the violation of the privacy of the other. For example, there could be private pictures on the smartphone that are not intended for other people’s eyes.

Another major encroachment on privacy is to publish recordings such as pictures or clips on the Internet without prior permission. If you want to share a photo with friends, for example, on the photo, you should first get the okay of the other people shown. Because there can be thousands of reasons why a publication may not be welcomed. It is also inappropriate to take pictures of strangers and post them on the Internet. This can even have legal consequences, because everyone has a “right to their own image” that is part of their right to privacy.

For the period after the Corona crisis, of course, the following applies again: in theaters or cinemas, it is essential to silence the smartphone or switch it off completely. The same applies to public spaces in general. It is always preferred to leave the cell phone silent or at least to use a subtle ringtone at a comfortable volume. It is no different when playing videos or music out loud. This may still be fine in your own garden after consultation with your neighbors, but not in public transport.

It can be not only undesirable, but even dangerous, to stare at the smartphone constantly while moving in public. If you bump into another pedestrian in the pedestrian zone, it usually turns out lightly. However, an easily avoidable, unsightly situation quickly becomes bitterly serious when you are distracted by the illuminated display in traffic. Of course, users can also look at their smartphone in public, but if they are actively participating in traffic, it should be avoided for security reasons. For example, there is no reason not to pass the time while waiting at the bus stop. Here, too, however, you should make sure that you do not disturb your fellow human beings, for example by standing in the way carelessly.