Home World "Crime scene: Let the moon stand in the sky": This is how... 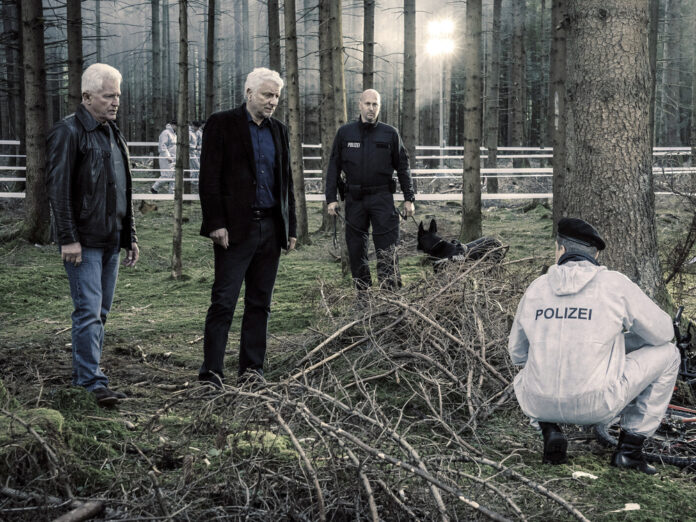 Leitmayr and Batic in action

On Sunday, June 7th from 8:15 p.m. in the first, the Munich “crime scene” investigator duo Franz Leitmayr (Udo Wachtveitl) and Ivo Batic (Miroslav Nemec) will once again go hunting for criminals. You have to clear up the violent death of a boy. In “Let the Moon Stand in the Sky” the two commissioners go into the deep swamp of wealthy suburban families and shed light on their dark secrets.

The two families Kovacic and Schellenberg are close friends. When her son Emil (Ben Lehmann) is found dead, the world of Kovacics breaks up. Emil’s cell phone track ends at a parking lot in the Munich bacon belt, which is known as a meeting place for anonymous sex. His body is found about 20 kilometers away in the Isar. How did the boy get there and why was he killed?

Since his cell phone has disappeared, the police suspect that he may have filmed something compromising in the parking lot. As much as there is a motive in this disturbing case, the truth is hidden deep in the end. The chief commissioners Batic and Leitmayr are investigating through a thicket of lies and deception.

Dark colors, soft tones. The current Munich “crime scene” is approaching you in slow steps. Maybe a little too slow at first. The thriller completely dispenses with action or violent scenes and benefits from strong dialogues, even better actors and a dark scenario. It is only towards the end that the plot of the film really takes off and disturbs the viewer with a bizarre and unpredictable finale.

Small point of criticism: Whether one has to explicitly visualize the suffering of a mother on the body of her deceased child – including a clearly visible head wound – remains questionable. The dramaturgy of the entire case would not have cut off the omission of this difficult to bear scene. So be it: Even if “Let the moon stand in the sky” is certainly not the strongest case of the Munich investigative duo, the appearance of Batic and Leitmayr is, as always, rock solid and absolutely worth seeing.