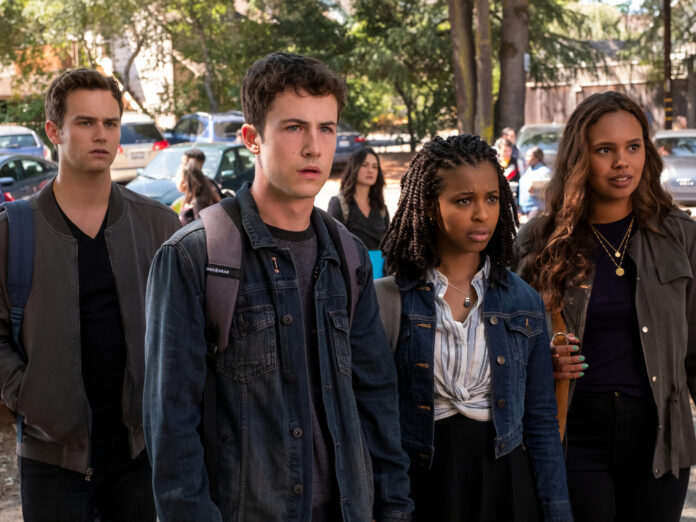 Finale for the Netflix series

The Netflix series “Dead girls don’t lie”, originally “13 Reasons Why”, has caused a lot of stir since its first season in 2017. Why does a teenager commit suicide? This is the question dealt with in the first 13 episodes based on the bestseller of the same name by Jay Asher (44). Teenage girl Hannah Baker (Katherine Langford, 24) commits suicide and gives 13 reasons for it in the form of tapes. Although there is no other book, the series has been extended to season two, three and four. But the successors can’t get to the start.

Warning, the following passages contain massive spoilers from all seasons of the series!

The taboo topic suicide is neither glorified nor downplayed in the series, even if critical voices repeatedly claim this. The suicide was seen in detail until Netflix removed the scene in summer 2019. After her death, Hannah Baker (Katherine Langford, 24) also appeared in season two, in the memories of her classmates and as a kind of ghost for Clay Jensen (Dylan Minnette, 23).

In the second season, the focus is on the legal process that Hanna’s mother leads against the school. The viewer learns new details about the events from season one through several changes of perspective. In addition, the situation comes to a head for other protagonists, such as Justin’s drug addiction (Brandon Flynn, 26). The season culminates in an attempted rampage by Tyler Down (Devin Druid, 22) after being cruelly mistreated by some members of the football team, led by Montgomery “Monty” de la Cruz (Timothy Granaderos, 33).

Season three is about solving the murder of Bryce Walker (Justin Prentice, 26). Despite more than one rape, he gets away with it basically in a court trial. Many had motives for the crime, in the end it turns out that Alex Standall (Miles Heizer, 26) is the culprit. However, the clique manages to cover the real culprit and accuse Monty of murder. Alex’s father, Bill Standall (Mark Pellegrino, 55), his sheriff, also covered up. Monty can no longer defend himself against the allegation because he is killed in prison.

The fourth and last season is about Winston Williams (Deaken Bluman), who started with Monty in season three, trying to unmask the real killer. Trailers to the final episodes indicate that the clique might not get away with it. Clay in particular seems to be shattering under the weight of all the secrets and cover-ups – just before graduation. Acting veteran Gary Sinise (66, “Forrest Gump”, “CSI: NY”) has the role of Dr. Robert Ellman, a family therapist who is supposed to help Clay with his traumas.

“Dead girls don’t lie” has respectfully illuminated the taboo subject of suicide from all sides in the opening season. The series also addresses deep-seated social problems among young people. Not only bullying is an issue, but also sexism or sexual harassment. Season two finally shows, also close to reality, that not every rape leads to a conviction and that men can also be victims of abuse. However, it wasn’t the smartest move to let Hannah be part of the story as Clay’s fantasy in the present.

In the third season, several things seem inconsistent. Biggest criticism: The new character, Ani Achola, who plays Grace Saif (24). She never happened before, but seems to be well informed about everyone’s secrets and also acts as a narrator. How did she win everyone’s trust so quickly? It gives the impression of knowing everyone involved for years, but where it is actually only a few months. She looks knowledgeable and unappealing, you don’t really get warm with her. A change of narrator among the old characters would have made more sense.

But not only Ani leaves a bland aftertaste in season three. The permanent change of time in the episodes can easily be confusing. Are we in the present or in the past? The suddenly human face of Bryce and his outburst that he wanted to change, but nobody would let him, is somehow too much of a good thing. Bryce’s death also means that the third season is more of a crime series. Clay and Ani are chasing a killer – although murder seems to be a somewhat sensitive topic for teenagers.

“Dead girls don’t lie” gets lost after the strong first season in trying to maximize the problems and happenings. The plot moves from suicide to murder and takes with you every conceivable subplot of crime series – including a dangerous drug dealer. The series would have done well to focus on its core: teen problems with which the young viewers can identify.

Help with depression is provided by the telephone counseling service on the free number: 0800/111 0 111