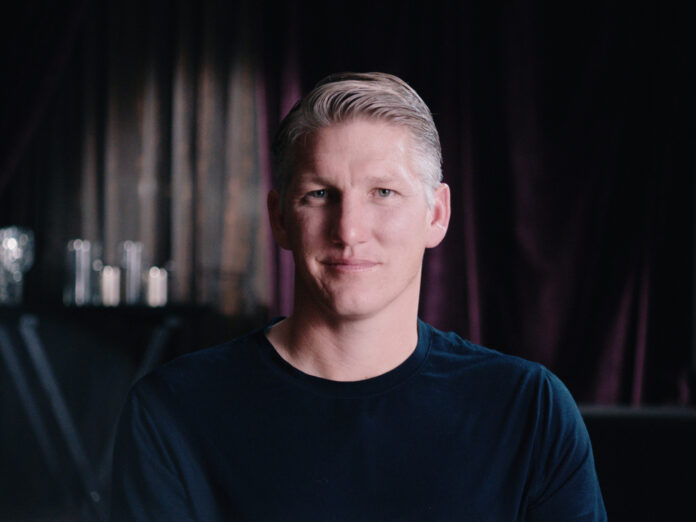 After his career as a footballer in 2019, the former international and long-time FC Bayern star Bastian Schweinsteiger (35) is once again in focus. Producer Til Schweiger (56, “Keinohrhasen”) has made a documentary with the “football god”, as fans around the world affectionately call him. In addition to a look back at his successful career, there are also very private moments with his wife Ana Ivanovic (32). That’s what fans can expect in “Schw31ns7eiger: Memories – from the beginning to the legend”. So much can be said in advance: The documentary is very emotional.

From a sporting point of view, the documentary covers the great moments in Bastian Schweinsteiger’s career, but it also shows his first beginnings. Fans see the later “football god” in old home videos as little boys on the lawn or while skiing, among other things. You travel back to your first assignment in the Bundesliga, see your debut in the DFB team, relive the 2006 World Cup and the 2008 European Championship. Schweinsteiger played for Bayern Munich since he was young before joining Manchester United in 2015 changed. From his time at Bayern there are lots of memories, triumphant victories and great defeats.

The infamous “Finale dahoam”, the final of the Champions League in 2012 in Munich, between Bayern and Chelsea, is extensively illuminated. Back then, Schweinsteiger missed the decisive penalty. For weeks he felt responsible for the “big dream” having burst, he says in the film. His childhood friend, the former ski star Felix Neureuther (36), described in the documentary Schweinsteiger’s condition after the defeat with the words: “He looked like death.” FCB boss Karl-Heinz Rummenigge (64) says, however, that he watches the game every summer on vacation.

In the following season Bayern won the legendary triple 2013, the team won the championship, the Champions League and the DFB Cup. “I was just happy that we were rewarded,” said Schweinsteiger. After that he had to have an ankle surgery and problems with the patella tendon also bothered him. Schweinsteiger impressively describes how these injuries on the lawn restricted him. Because of this, his time at Manchester United was not as glorious as desired. But the high point followed in 2014.

About the World Cup final in Brazil against Argentina, Schweinsteiger said today that it was the game in which he “felt the most energy” – on the pitch and in emotions. “It was the perfect game,” said the world champion. His last game with the US club Chicago Fire and the end of his football career also run through the film as a common thread. From 2017 to 2019 he kicked in the USA. The film accompanies him to his last game, you can see his last speech in the cabin after the game. After a few sentences, Schweinsteiger’s voice stays away and bursts into tears.

He always played football “to make fans happy”. Recognition was “uncomfortable” for him. In addition to Schweinsteiger, these career highlights also comment on numerous of his companions. In addition to Rummenigge, Uli Hoeneß (68) and his former teammates David Alaba, Holger Badstuber, Michael Ballack, Jerome Boateng, Oliver Kahn, Miroslav Klose, Thomas Müller, Manuel Neuer and Lukas Podolski also have their say. The coaches Jupp Heynckes, Louis van Gaal and Jogi Löw also comment, as well as his youth coaches, his brother Tobias Schweinsteiger and his dad Fred.

Schweinsteiger’s private side is not neglected in the documentary either. For example, private video recordings of the wedding with Ana Ivanovic in Venice in July 2016 are shown. Fans see Ana walking to the altar, the kiss after saying yes, the cutting of the wedding cake, the first dance as a bride and groom and impressions of the party night. Miriam Neureuther (29), then still Gössner, caught the bridal bouquet. She married Felix Neureuther in 2017. He says about the moment Bastian saw his Ana approaching him in the church: “He was snarling and water!” Neureuther knew that his buddy had found “the right one”.

The documentary also shows the dynamic between the couple who have two sons. The two like to tease each other and know no mercy when dueling on the tennis court. They give private anecdotes and explain what unites them as a couple. The first sentence, which the native Bavarian taught his wife in German, also reveals to Ivanovic: “No thanks, I’m happily in love.” Schweinsteiger also has a touching declaration of love. It makes him happiest to see in the eyes of his wife how happy she is.

The focus of the film is on the sporting career, but it also brings fans closer to Bastian Schweinsteiger. You will find out what makes the “football god” tick, experience his team spirit and sense of duty, but you will also see that he can laugh at himself. For example, when it comes to his hair, which used to change frequently: “Mistakes are there to learn from, hairstyles took a little longer,” he jokes. Small anecdotes, such as the fact that almost his father was forgotten when he arrived at the Chicago airport, make the documentary entertaining for those who are less interested in football.

At one point or another, you may wonder why Til Schweiger has to comment on this moment of all things, but due to the high level of emotionality of the entire film, it can be overlooked. “I always said that the most important thing is memories,” explains Schweinsteiger. He can look back on many who move people around the world. These goosebumps take the viewer into the past, one feverish, suffers and cheers again. “Actually, I’ve always been a fan of Basti and I will always be,” says Jogi Löw. This is how many should feel after this documentary.

“Schw31ns7eiger: Memories – from start to legend” will be available on Amazon Prime Video from June 5, 2023.