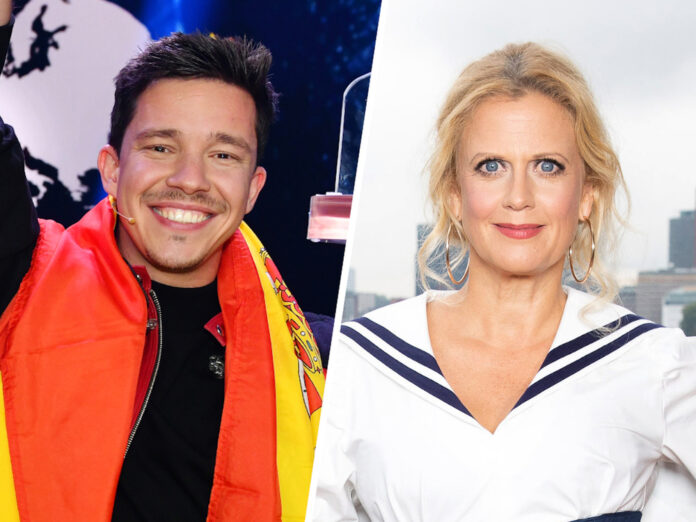 Two channels, two shows, many opinions. On Saturday evening, the “Eurovision Song Contest – The German Finale live from the Elbphilharmonie” and the “Free European Song Contest” (“Free ESC”) flickered across the screen at ARD and ProSieben. Which of the two shows was more popular with television audiences? And what were the general reactions like?

The “Free ESC” launched by Stefan Raab (53) ensured an “extremely entertaining evening”, according to the Twitter community. The reactions to the music contributions, such as that of winner Nico Santos (27, “Like I Love You”), were consistently positive. The evening is even described by a user as “a journey into the best comedy past with Bully and Raab”.

And the odds speak for themselves. The “Free ESC” achieved a market share of 19.2 percent on Saturday evening among viewers aged 14 to 49. A total of around 2.57 million viewers watched the premiere of the alternative music competition.

Could ARD keep up with the “German Finale” moderated by Barbara Schöneberger (46)? Yes – albeit a little more subdued. After all, the 14- to 49-year-olds tuned in so many that a 17.9 percent market share could be generated in the target group. Afterwards, loyal ESC supporters were largely grateful for the show, which symbolized a bit of normality in times of the Corona crisis.

Nevertheless, the official replacement “Europe Shine a Light”, which was shown after the “German Finale”, had a hard time. It was followed by only 1.64 million viewers, which accounted for a small market share of 9.0 percent among the 14- to 49-year-olds. The general conclusion of the ARD viewers was summarized by a Twitter user : “Next year will be better. Hopefully. ”The original Eurovision Song Contest doesn’t seem so easy to replace.