Home World Giovanni Zarrella: He raves about another woman! What does Ina say? 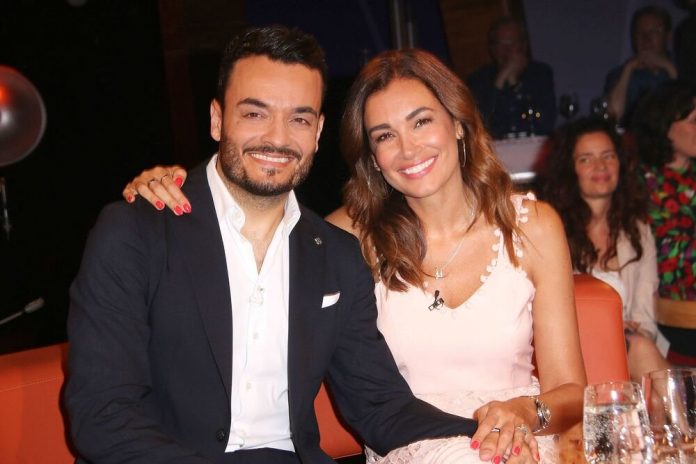 Many call him the reincarnation of the 80s hype “Italo-Pop”! First Adriano Celentano, then Ryan Paris and Eros Ramazotti and then nothing came for quite a while. But then Giovanni Zarrella catapulted himself from the ashes into the ranks of his famous predecessors! The singer’s brand new album includes German hits that Giovanni sings in his mother tongue Italian and has achieved gold status.

And his heart must also be made of gold. Because this year, the father of two would like to marry his wife Jana-Ina for the second time. But in the MDR show “Riverboat” the singer now confessed to a completely different woman. And the background of this action? Ute Freudenberg had always supported the singer in the past. The singer welcomed Giovanni as one of the first people in the hit scene. And Giovanni now remembered that in the MDR show “Riverboat”. There Giovanni said: “I’m sending a big kiss to her. She was one of the first to say: ‘Boy, you are exactly right here with us, you will also stay with us in the hit business and be there with your kind manner, stay that way!’ ”To this day Giovanni is grateful to his colleague and shows that publicly too.

Giovanni also seems to have a lot for another colleague from the hit business. “Well, I was allowed to shoot with Andrea Berg. It’s a show about Andrea Berg and with Andrea Berg, ”says Giovanni. Giovanni met the singer personally and privately in her hometown Aspach. “I’ve always been a huge fan of hers, but now I’m blown away. Andrea is such a sensational person. That’s insane. You experience Andrea Berg standing on the huge show stage and then experience it again very sweetly and she lets everyone get very close to her. ”Doesn’t Giovanni’s wife Jana-Ina get jealous with so much praise? There is no reason for this, because Giovanni of course only loves the singer professionally. His own family is sacred to Swabians with Italian roots.

Since Giovanni’s family is international, the current corona crisis naturally brings with it some problems. “My wife is Brazilian, my parents are Italians. And they really cry every day that they can’t see the children. This is not an exaggeration, it really is, they are insanely lacking, ”explains Giovanni. We can only hope that the virus crisis will soon end, so that contact within the Giovanni family will be easier again.