Home World Hardly any hope! US sports star saves son and drowns himself! 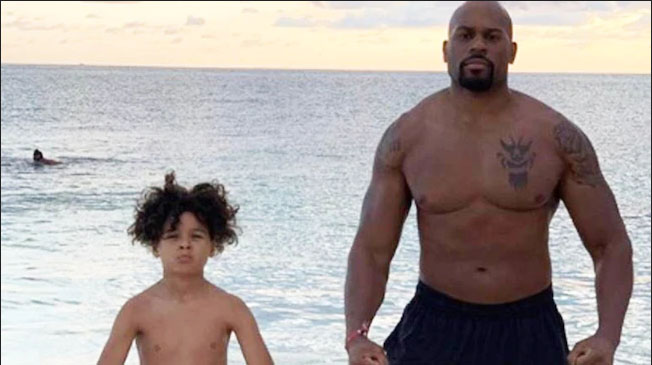 A huge drama played out at the world-famous Venice Beach this weekend. According to media reports, the former WWE star Shad Gaspard has been missing since the weekend. The wrestler and his son were said to have been caught in a strong current while bathing in the sea. While Gaspard’s 10-year-old son was saved, the well-known wrestler has disappeared into the floods. So far, his body has not been found.

In the case of the well-known wrestler Shad Gaspard, there is still no news to report. The British Daily Mail magazine reported that the wrestler and his son were hit by a tidal wave at Venice Beach over the weekend as they swam in the sea at Venice Beach, California. The lifeguards on the beach, who immediately rushed to the rescue, are said to have saved his 10-year-old son at the wrestler’s request. But apparently the wrestler underestimated the powers of water or overestimated his own powers. “Unfortunately, the father was depressed by a wave when they were pulled out of the current. The lifeguard saved and grabbed the boy and tried to grab the father as well, ”eyewitnesses to the incident are quoted as saying.

Despite the selfless efforts of the lifeguards, the wrestler could not be saved. “It was hit by a wave and we couldn’t find it. We immediately started the search with our lifeboats and additional lifeguards around the last position of the missing father, ”a lifeguard told the media. Subsequently divers, lifeboats, paramedics and the coast guard, who even use helicopters to search, searched for almost three hours to find Gaspard. The search for Gaspard continued on Monday. So far, however, the body of the former WWE star has not been found. The authorities do not believe that the wrester survived the accident. His family, however, still hopes for a miracle.