Home Politics If you think… 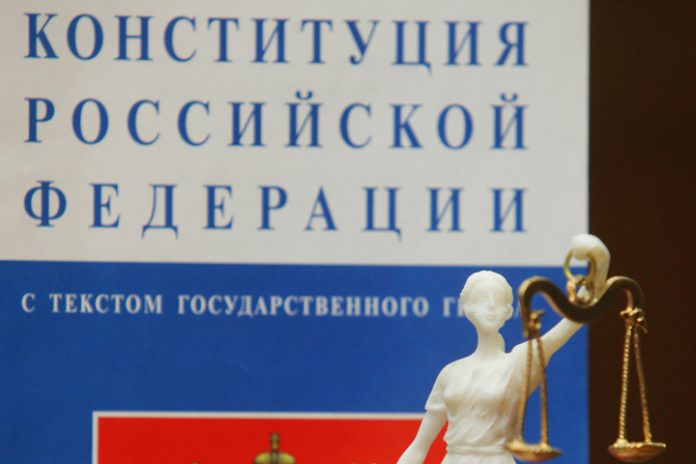 As usual, the “short version” of the report are set out in the prelude. In order to “mild” to convey the meaning. Which is strange, as usually the “Voices”. You should start with the end.

“on 25 March, Vladimir Putin said that the vote will take because of the pandemic. But even here there is a problem — from a legal point of view it is difficult to do, as it violated the rights of citizens. The President is not vested with the authority to move the date of voting on the approval of the amendments. Moreover, the CEC urged to use the law, not common sense.”

the Logic is missing. The mantra about rights violated — present. Date of nationwide voting appointed by the decree of the President of the Russian Federation from March 17, 2022 No. 188. The President has the authority to assign the vote? Yes, since the law on amendments to the Constitution a mechanism for the appointment and transfer date are not spelled out. If the mechanism is not settled law, there are Decrees of the President. So arranged the legal system of the country. The same is true for the situation of postponing the vote.

What are the rights of citizens are violated — may be the norm: “Everyone has the right to life” (article 20 of the Constitution) or “Everyone has the right to health protection and medical assistance” (article 41). I want them dead, but ruled by law…the Representatives of “Voice” is similar to old-fashioned bureaucrats with quartermaster warehouse, refusing in a combat situation to give out ammunition because “no invoice” or print the wrong color”. And around shooting, explosions, the threat to the lives of thousands of people.

But, speaking of the laws themselves, the representatives of the “Voices” are very strange selectivity. “We have already stated that holding such a vote — it is doubtful from the point of view of the Constitution, as the amendments already approved by the regional parliaments”. We will add, and the state Duma and the Federation Council. That’s just the laws must be read in full. In the Law of the Russian Federation on the amendment to the Constitution of the Russian Federation “On improving the regulation of certain issues of organization and functioning of public authorities”, etc.describes a special mechanism for the entry into force of article 1 (articles of amendment). Then the Constitutional Court, and required a popular vote. The legislator prescribes it. Without the approval of the public voting law — amendments simply will not come into force. And this is questionable? Can citizens vote to say no to the amendments? Can? But pessimists-tantrums of “the Voice” people don’t trust. They love to suffer and to overcome their suffering.

the Proposed form of an amendment to the Constitution is as democratic nature of voting in the State Duma, the Federation Council, the legislative assemblies of the regions and then direct the vote of the people. It would seem that the procedure is maximally legitimate and democratic. However, claiming to belong to the Democrats, the gentlemen of “the Voice” this highly democratic, based on the direct will of the population approach is not like that. Is it because for them democracy is not government of the people, and the power of “Democrats” i.e. a narrow circle of people who call themselves “Democrats”, to which they themselves consider? Such a claim on the government will never support the people, and thus to come to power by democratic means, these “Democrats” can’t. It remains only to pour far-fetched arguments.

more recently, the strategy of their criticism was based on the fact that they were confident that the amendments to the Constitution will be implemented by the Duma and the Federation Council. That’s why they started to support the campaign to promote the mythical “constitutional coup”. But when it was proposed to make amendments to the decision of the people, they were trapped. After the past sociological measurements, it became clear that the majority of Russian citizens support them and at the polls. For anyone, even a very narrow-minded person, it is clear that the changes supported by mostly Russian citizens, can not be “constitutional coup”. After this stratumGia “the Voice” has completely failed, they concentrated on criticism of the fact of voting. The fact that it is the format of the direct will of the people, i.e., as democratic in nature, they did not bother.

“And the state Duma and the CEC of Russia has decided that it is not necessary to introduce any guarantees of equality between supporters and opponents of voting in the campaign, for example, free airtime on television.” Question to fans of the laws, as well as who should be granted free airtime? To register a campaign group on each amendment? You are sure that if you start to register a group, then groups of enemies will be more than groups of supporters?

the Society is offered the zero option — restrictions on campaigning there. No. About the Internet, which for most of our fellow citizens has long been the main source of information is not the issue. But “the Voice” is suffering about the fact that “most of the audience of the Central TV channels do not know that there is another point of view.” Tens of thousands of reports in the media, millions of posts and comments in social networks — but we want to broadcast to Solovyov and Kiseleva. “Rain” and “Echo of Moscow” has become boring.

“the Voice” wouldn’t “Voice” if it was not given to lamentation about the procedures. Still, at heart they are not human rights activists, and bureaucrats. “The most difficult assignment of the observers.” What “the Voice” apart from a loved one in the role of observers does not tolerate, has long been known. The public chamber of the Russian Federation and public chambers of subjects — tens of thousands of people involved in public monitoring is not considered. How different we three or four fighter-single, making the feat of suffering and prevoznemogaya.