Home World Is Trump Going Crazy Now? He wants to have disinfectant injected! 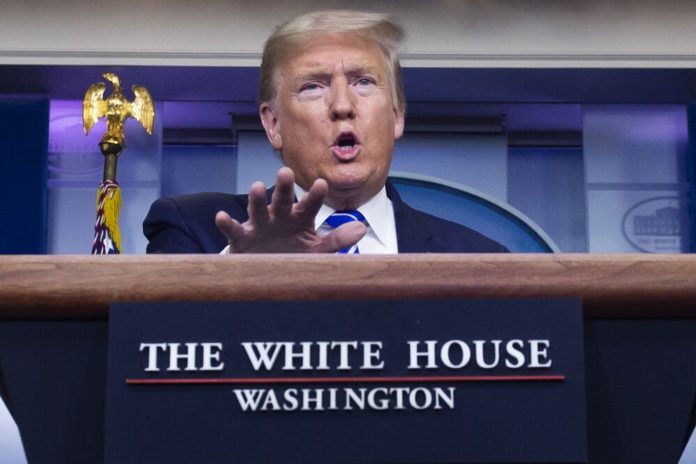 That Donald Trump tends to make eccentric decisions is nothing new. Now, however, he finally seems to have lost sight of reality – this Trump proposal can only be described as insane!

Now Donald Trump seems to have finally lost contact with reality! He seriously suggests to journalists to let people inject disinfectants! The Republican has encouraged researchers to consider injecting disinfectants directly into people. Trump told journalists Thursday night (local time) at the White House that it would be “interesting” to have this tested. But what he withholds: Such a procedure would most likely be life-threatening!

Before the President’s appearance, an expert recommended the use of bleach and disinfectants – but of course on bare surfaces such as doorknobs! Donald Trump took up this template and changed it in his very own way! Trump: “Is there a way we could do something like this – by spraying or almost cleaning …? It would be interesting to check that. ”But of course that has to be left to the doctors, he added. Still: “It sounds interesting to me,” said the President of the United States. Unthinkable what happens if US citizens now test this in a self-experiment.