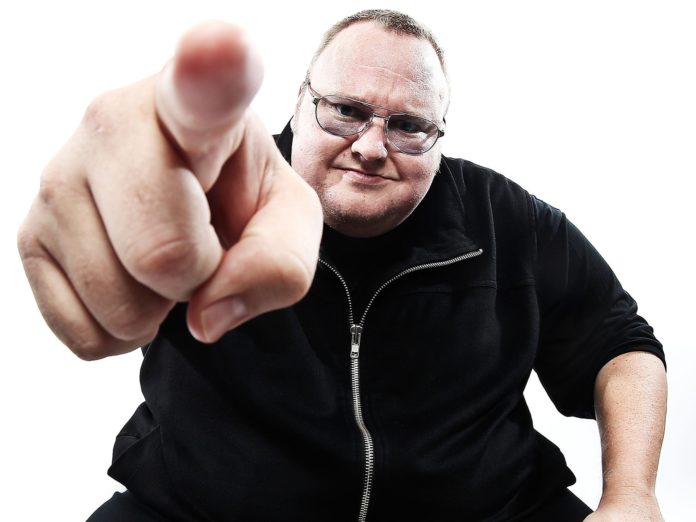 Kim Schmitz alias Kim Dotcom is an entrepreneur who caused a lot of attention especially with his projects like “Megaupload” and “Mega”.

Kim has been living in New Zealand for several years, and he not only has German but also Finnish citizenship.

Running processes over years made his life in public as an entrepreneur difficult. The FBI has been investigating him since 2012 on suspicion of violating copyright law.

Kim Dotcom has been defending himself since the beginning of these allegations, he is not aware of any guilt and argues that he only provided the service for users of the platform on his platform like “Megaupload”.

Kim went to Heinrich Harms secondary school and said he had a difficult childhood characterized by his father’s alcohol addiction.

At the age of 16 he first became known to the public as a hacker under the pseudonym “Kimble”. Very early on he made a name for himself in this scene, expanded his computer skills and initially dealt with weak points in the telephone system. With this procedure he was able to get inside information from the messages of his users. It was his first line of business, so to speak, making money.

He then started producing magnetic cards with payment information that was fake. In the further course, house searches for fraud etc. followed and he was sentenced to a suspended sentence of two years.

That was probably the reason why he was already thinking about emigration at this point.

From 2001, some insider business followed, among others he wanted to help the company letsbuyit.com with a cash injection of around 50 million euros. This investment was never carried out because the company had several scandals and lacked legal capacity. During this time, he set up some media-effective actions, which caused a lot of attention. A bounty was placed on Osama bin Laden, allegations that he was working with the FBI were spread, and his own hacker group reported that they were able to hack terrorist organizations’ networks and computers. None of this could be proven, only one thing was certain, namely that the group around Schmitz was itself manipulated several times by hackers.
A year later, he went to Bangkok and launched another website there. This website was used as a kind of suicide announcement, but he presented himself as “King Kimble”. The Thai authorities did not watch for long and he was arrested in January 2002 and extradited to Germany.

Thereupon he was convicted at the trial in the letsbuyit case for insider trading. The sentence was: eight months probation and a fine of 100,000 euros.

He left Germany after the conviction and moved to Hong Kong. He founded several businesses that Trendax Inc. should use artificial intelligence to generate secure stock market profits. These companies ran until 2007 when his web projects like Trendax and Kimpire were finally removed from the web.

He was first associated with Megaupload at the end of 2007, whereupon Schmitz offered the gulli.com portal money so that this information would not be disseminated.

Kim really got off to a good start in New Zealand, in February 2010 he rented the “Chrisco Mansion”, giving him the option of later buying the most expensive property in New Zealand with a value of 15 million euros.

Since then the world has known Kim Schmitz as Kim Dotcom, a little later it became known through an article in a magazine that he was supposedly the managing director of Megaupload.

In 2011, he was sued as a co-founder for copyright infringement for $ 5 million in damages.

In the years that followed, he was even persecuted by the FBI and illegally monitored by the NSA.

There was a raid on his property and he also had to answer to a New Zealand court, after which all mega services on the Internet were deactivated.

Kim Schmitz has had a very eventful life so far, privately he is married in a third marriage and has five children. He likes to appear in the media again and again with eye-catching actions. Among other things, he also works as a musician and has his own home studio on his property in New Zealand. He released two albums, the second with the title “Good Times” even reached number 8 on the charts in New Zealand. His dissolute lifestyle shows him with chartered yachts or at the Gumball 3000 rally with a Mercedes Brabus E V12. He is also a passionate video player and in 2014 he even founded his own party, the “Internet Party”.

With the wealth he buys crazy things, he sleeps on specially made mattresses with a unit price of 80,000 euros.