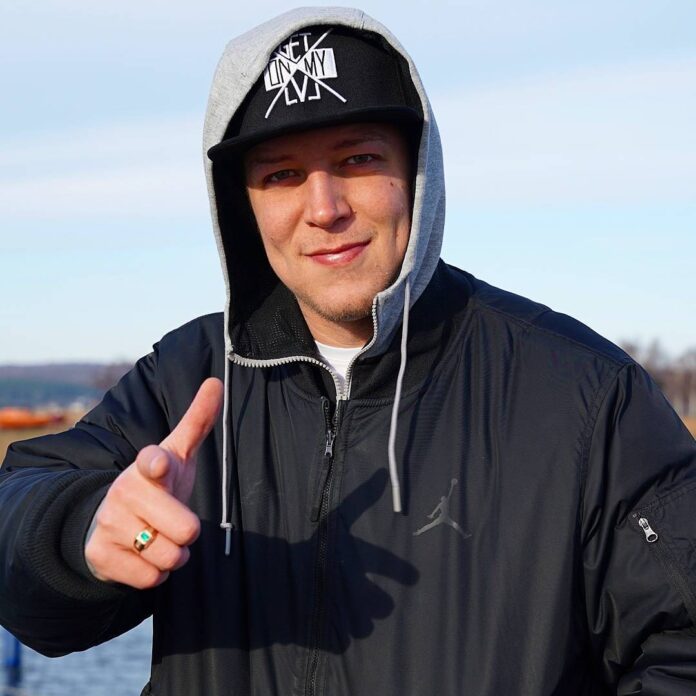 MontanaBlack, real name Marcel Thomas Andreas Eris, is a German web video producer, livestreamer and entertainer. He publishes his live streaming videos several times a week on YouTube and Twitch. In his videos, he mainly deals with video games such as Fortnite, FIFA, Mario Kart or Call of Duty. But he has also become very well known for his real-life videos. He is one of the most successful German Youtubers and has been the largest German gaming livestreamer on Twitch since 2018.

Marcel Thomas Andreas Eris, “Monte” for short, was born and raised on March 2, 1988 in Buxtehude in Germany. In his childhood Marcel Eris spent a lot of time with his grandparents because his parents lived separately. He got on the wrong track at an early age and committed crimes such as theft, burglary and credit card fraud – money that he needed to finance his drug addiction. For a while he even lived as a homeless person. However, he finally made a withdrawal and managed to fight his way out of his tough past. In addition to a school-leaving certificate, MontanaBlack can also train as a retail salesman. However, Marcel Eris earns his money today mainly through his videos on the YouTube and Twitch channels.

After his difficult past in his youth, Marcel Eris started publishing YouTube and Twitch videos and has now become one of the most successful live streamers in Germany. At the beginning of 2019, his autobiography “MontanaBlack – from junkie to YouTuber” was published. The autobiography was created in collaboration with co-author Dennis Sand, who works as a journalist for the daily newspaper “Die Welt”. The book has almost 270 pages and is considered one of the most successful books by the Munich-based Riva publishing house, in which Oliver Kahn’s autobiography has also been published. In the non-fiction category, the title “MontanaBlack – from junkie to YouTuber” was number one on the bestseller lists for several weeks. In the meantime Marcel Eris earns his money in addition to Youtube and Twitch through sponsoring, advertising deals, book sales and with his own merchandise shop “Get on my Lvl”. In his merchandise shop Marcel Eris sells high quality products such as T-shirts, hoodies, caps, jewelry, cell phone cases and much more. Marcel Eris’ total assets are estimated at around 800,000 euros. In the meantime, he has also bought two condominiums and his own house.

Due to its honest and direct manner, the YouTube star is very well received by young people. His target group includes a predominantly twelve to eighteen-year-old male clientele. His YouTube channel “MontanaBlack” already has over 2.3 million subscribers. His second channel “SpontanaBlack” is just behind with 2 million subscribers. With 34,000 subscribers, its Twitch channel is the first German channel to be number one worldwide. Another highlight of his career should be the publication of his bestseller “MontanaBlack – from junkie to YouTuber” in 2019. With the book, Marcel Eris, alongside his YouTube and Twitch fans, has opened up another large target group.

“The dearest people in my life are women: my grandma and my mother.” (Interview with the mirror)

In a livestream video, MontanaBlack mentions that in his best month he “earned a Lamborghini without tax”.

“Kiss on the eye brother”

Whom MontanaBlack thinks is nice, he calls him an “honorary brother”. What MontanaBlack likes is “active” and what he doesn’t like “passive”.

“Earning a lot is nice, but giving something away too”

“Treat yourself to the look here”.

“G” stands for treat yourself. “

In almost every sentence he uses the word “digger”. It has become a kind of trademark of MontanaBlack.

Marcel Eris has a dog named Kylo, who he loves very much. In his YouTube video “Kylo has to go to the vet – real talk about dog owners”, he states that Kylo is like a child of his own.

Marcel Eris bought the master key of his old school for two grams of grass from a colleague and raided it in his former school and in the gyms.

Marcel Eris bought a neon green Lamborghini Huracán Performante worth 232,000 euros, with which he even had his grandma drive. The generous grandson gave his grandfather his own sports car.