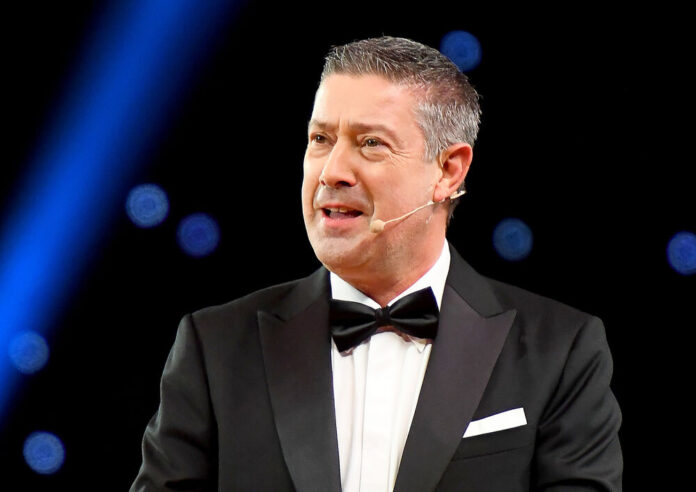 Yesterday the semifinals took place at the well-known dance show “Let’s Dance”. The 4 remaining couples had to fight in 3 dances to get into the final show, in which only 3 couples are allowed to compete. An exciting fight developed for the places in the final, in which a couple unfortunately had to leave in the end.

A total of 4 couples made it to the semi-finals. And the search for the 3 couples who were allowed to take part in the finals proved to be difficult, since all couples showed themselves from their best side and thus the judges and the TV viewers had to make a difficult choice. In the end, it shouldn’t be enough for actor Tijan Njie. At the end, the audience preferred the pair Moritz Hans and Renata Lusin to the final. After dancing a Quickstep, a Paso Doble and a Viennese waltz, Nije narrowly failed to reach the final with the jury and the audience. “Now it really comes down to the little things. We have four sensational couples here, we have to differentiate somewhere, ”judge Joachim Llambi said with regret.

At yesterday’s show, the candidates had to perform two dances that they could prepare for in the current week. In the show itself, each couple was given another dance, in which the professional dancers and celebrities had to improvise. First, all participants showed the choreographies rehearsed over the weeks. Then a dance was drawn for each of the participating couples. The professional dancers were then played the song to the dance in the changing room and only had 30 seconds to prepare the prominent dance partners for the performance. Massimo and Lili were unlucky with the draw. After the two had an accident at the Charleston the previous week, they got this rhythm as an improvised dance. This time, however, everything went smoothly for the two and they put a brisk and handsome dance on the floor. “It was not easy because we had to dance a lot next to each other and I could hardly lead them,” said Massimo Sinató after the performance.

The improvised dance with Moritz Hans and Renata Lusin did not go so well. The song “Stay with me” chosen for the rumba was actually far too slow for this dance style. “It was really difficult,” juror Motsi Mabuse had to admit. The rumba of the two received the lowest rating of all improvised dances. However, Hans and Lusin were ultimately chosen by the audience for the final show. The best overall performance of the evening was shown by Luca Hänni (25) and dance partner Christina Luft (30). The jury awarded 87 out of a possible 90 points for the two. The jury was particularly satisfied with the Jive. “It was the best Jive we have ever seen on Let’s Dance,” said Jury Member Mabuse. The final show is completed by the dance couple Massimo Sinato and Lili Paul Roncalli. Apparently this year it will be a very close decision to win.