Home World Markus Söder Fortune – that is how much the Bavarian Prime Minister... 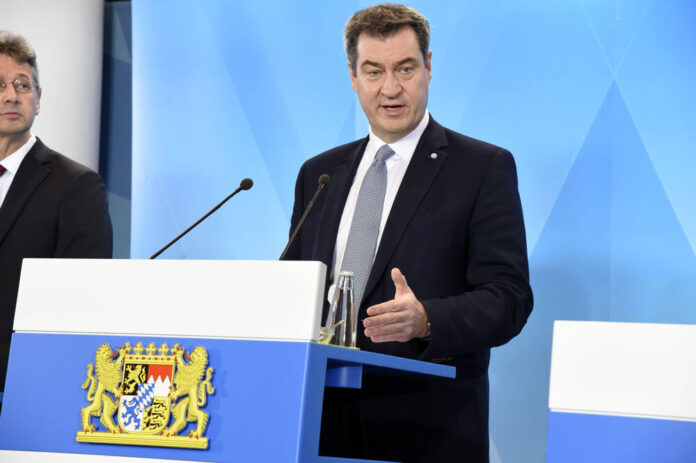 Markus Söder has an important political position as Prime Minister of Bavaria. So it’s actually clear that the Bavarian Prime Minister should be earning pretty good money. But now a constitutional lawyer is questioning whether Söder is receiving too high a salary. Hans Herbert von Arnim drew attention to himself years ago with his book “Die Selbstbeter”.

Is Bavarian politics paying too generously?

Constitutional lawyer Hans Herbert von Arnim has been researching the salaries of German politicians for several years. His new book “Die Selbstbeter – How Bavarian Politicians Make the State Prey” was recently published. And as an author he puts forward the following thesis: “Bavaria is the German master in deliberately hiding prohibited self-granted donations.” Is this really the case, or is this thesis only intended to create a mood against the politicians in Bavaria? Arnim is convinced that politicians in Bavaria have been using taxpayers’ money for years. “This is also because the CSU has ruled the country for over half a century and has repeatedly managed to get the opposition factions willing to participate in tapping state resources,” explains the constitutional lawyer. If you take a closer look at the constitution of the Free State, the members of the Landtag actually only have the right to travel freely to all state transport facilities in Bavaria and to pay an allowance. Other salaries or even an old-age provision are actually not planned.

Increasing grants hidden in the household

There should actually be an upper limit on the possibilities for party financing. Nevertheless, MPs, political groups, and employees try to send money to the parties in various ways. “The financing of the Bavarian parliamentary factions is bristling with manipulations that all serve to give the appearance of legally excessive cash benefits,” Arnim writes in his book. The politicians in the Free State benefit from the fact that the increase in funds can be disguised in a budget title without public voting. As an example, Arnim cites that Bavaria approved grants for EUR 15.7 million in 2013. This sum is even higher than in the much larger state of North Rhine-Westphalia, whose donations were 13.3 million euros.

Of course, federal politicians always take care to ensure that local politicians cannot make excessive use of taxpayers’ money. Therefore, the greatest exaggeration is usually also publicly and then eliminated by new guidelines. According to Arnim, pension provision in Bavaria is extremely generous. Around 7 years ago, Markus Söder, as a member of the state parliament of the CSU, had accumulated claims to a monthly pension of 7,339 euros. And since then his demands have certainly grown even further. Arnim sees another big problem in nepotism. Bavarian politicians may not hire spouses, but other relatives can be contracted. In addition, the ban on hiring spouses can also be circumvented by politicians helping each other and hiring each other’s life partners.

Bavaria’s prime minister is really rewarded for his work. As minister he receives the state one
Basic salary B11, which currently equates to 11,557 euros per month. In addition, Söder also receives the family allowance for his children and an allowance of three sixteenths of the basic salary. With that he already comes to 14,351 euros. However, the tax-free half of the parliamentary allowance, the service cost allowance and 75% of the tax-free flat rate fee are still missing in the calculation. All in all, the Bavarian Prime Minister’s monthly salary adds up to a whopping 21,102 euros a month. A nice sum, with which the politician no longer has to worry about the future.