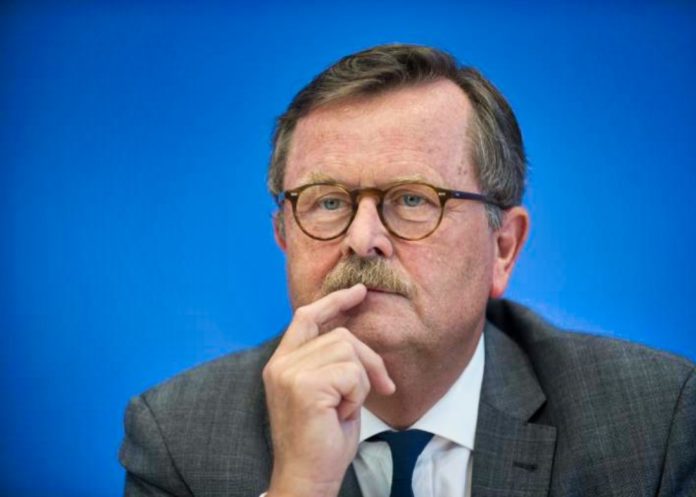 It was an eternal back and forth with the mask requirement. Politicians and the RKI had a new opinion almost every day – predominant tenor: masks are more harmful than beneficial – then the turning point and now mask obligations come in almost all federal states! World Medical President Frank Ulrich Montgomery now criticizes the mask requirement again clearly!

World Medical President Frank Ulrich Montgomery has sharply criticized the mask requirement that will apply throughout Germany in the fight against the corona virus from next week. Although he wears a mask “out of courtesy and solidarity”, he considers a legal duty to be “wrong”, Montgomery told the Düsseldorf “Rheinische Post” (Thursday edition). Anyone wearing a mask will be misled by a deceptive feeling of security to forget the “only decisive minimum distance”.
The masks could also be dangerous if used improperly, warned the Chairman of the World Medical Association. The virus is concentrated in the fabric, the facial skin is touched when it is removed, and infection is hardly possible faster.

From Monday onwards, the wearing of respiratory masks in parts of the public will be mandatory nationwide. Brandenburg, Bremen, North Rhine-Westphalia, Lower Saxony, Rhineland-Palatinate and the Saarland also announced corresponding regulations on Wednesday. The remaining ten federal states had previously adopted or announced such regulations.
Montgomery also criticized that state governments consider wearing simple masks and using scarves or scarves for respiratory protection to be sufficient. A duty to wear scarves or scarves in front of the face is “ridiculous”. He also emphasized that “genuinely effective masks” are currently still needed for medical staff, nursing staff and those at risk.