Home Entertainment Megadeth are working on a new album! 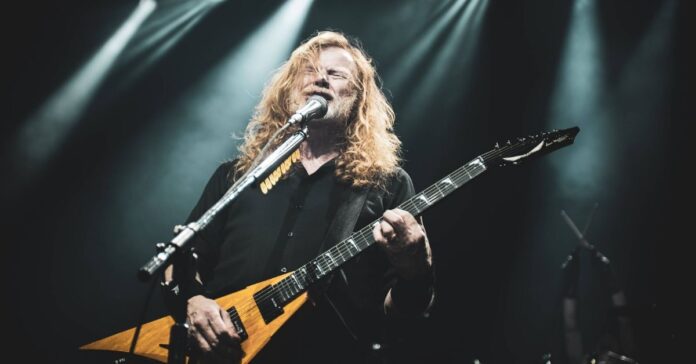 Headbangers and metallers will be delighted: The recordings for Megadeth’s new album are in full swing!

David Ellefson, the bass player of the legendary US metal band, has been working on the new record with the drummer Dirk Verbeuren in Nashville, Tennessee since last week.

Catch The Dave Mustaine Show today! Episode 73 is playing on the air now. A classic episode of shredding metal! 12 noon PT / 3 pm ET. Only on gimmemetal.com

In a conversation with “The Metal Circus” David said: “First we record the basic tracks, which are about bass and drums. And then the rhythm guitars come and then we start recording the vocals and the solos and all the decorations with additional guitars and whatever levels of melodies and stuff. ”

David had revealed last month that he was on his way to Nashville to start recording the band’s brand new album after the corona pandemic delayed it.

The lead singer of the metal rocker, Dave Mustaine, recovered from his cancer last summer and the musicians promised their fans that they would soon hear the 16th LP of their idols. (Bang)