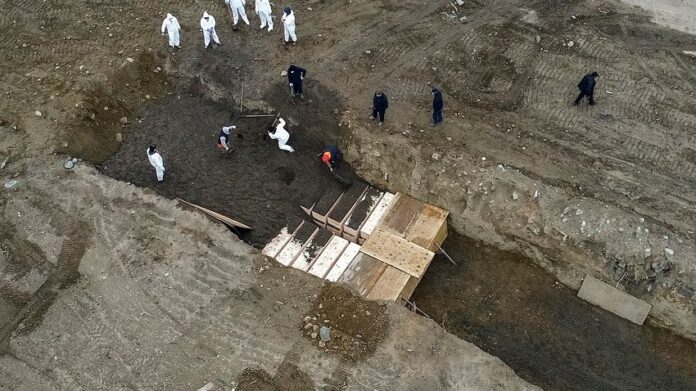 While infections with the dangerous corona virus are on the wane in Europe, other countries are at the height of the pandemic. In Brazil, for example, 1,473 other patients have died within 24 hours from the effects of the virus. This increased the record number of daily deaths in the largest South American country on the third day in a row.

With these fatalities, the total number of deaths in Brazil has now risen to 34,021. The country’s health ministry announced this figure late Thursday evening. This puts Brazil in third place among the countries with the most fatalities worldwide. Only the United States and the UK have had more deaths so far. According to John Hopkins University, 614,941 people have been infected in the South American country to date. However, the actual number of infected people is likely to be much higher since relatively few tests are carried out in Brazil. Exactly 100 days ago, the first patient tested positive for the virus was identified in Brazil.

Today, Brazil is a prime example of how the corona pandemic should never behave. Like many other countries, the Brazilian government knew the danger posed by the new virus. However, Brazilian President Jair Bolsonaro has called the virus small flu since the pandemic started. For this reason, prior to the outbreak of the pandemic, Brazil had made relatively little preparations to prevent the virus from spreading at home. Today Brazil is presented with the bill and is now fighting against new record deaths every day.

Meanwhile, at least 1 person dies every minute from the consequences of the virus. Hopefully the country’s authorities will finally find a way to effectively limit the spread of the virus.